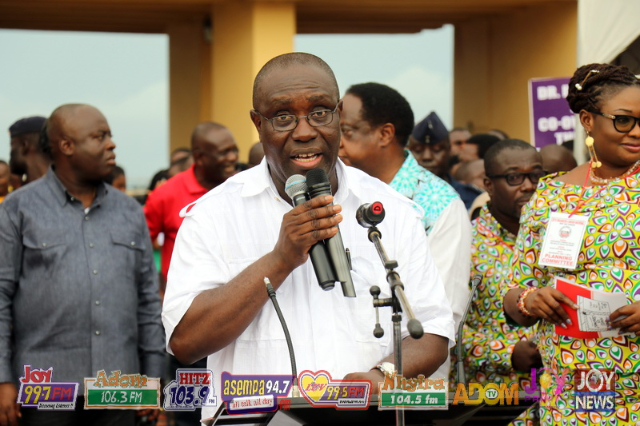 The Trades Union Congress, Ghana has at a public forum on the 2020 Budget, proposed the establishment of a Labour Bank to support Ghanaian workers to secure decent housing, soft loans and safeguard their welfare.

The Bank, upon establishment, would utilise the experienced retirees in its operations so that the nation would tap into their experiences and offer loans to workers on concessionary rates.

The Secretary-General of TUC, Dr Anthony Yaw Baah giving further explanation to the proposal, said the TUC is still undertaking feasibility studies and has already dispatched two persons to Japan to understudy how that country implemented its Labour Bank model.

He said the TUC would have further engagements with the Japanese Mission, Ministry of Foreign Affairs and Regional Integration and Finance Ministry, as well as the Ghana Employers Association (GEA) and the Association of Ghana Industry (AGI) towards the operalisation of the Bank.

Currently, there is a Labour Bank in Ghana providing loans and other welfare services for personnel of the Ghana Armed Forces.

The forum was jointly organised by the TUC, GEA and AGI, to dispassionately discuss the 2020 Budget Statement and Economic Policy Statement and come out with a bipartite position and engage government so that their concerns would be factored into the budget implementation.

The partners would then meet the Finance Minister, Ken Ofori-Atta early next year at the Social Partnership Council platform to make known their concerns.

Mrs Mary Karimu, Deputy Director of Labour Research and Policy Institute of the TUC, while making a presentation on TUC’s observations on the Budget Statement, commended government for the proposal to establish a National Development Bank and the decision not to roll out new taxes.

As much as it appreciated the stabilization of the macroeconomic indicators with the year-on-year inflation declining from 15.4 per cent in 2016 to 7.7 as of October, the TUC was of the opinion that, the increase in fuel prices and utility tariffs had eroded the gains, therefore majority of Ghanaians were not experiencing the impact on their lives.

The Union also expressed disquiet over the high lending rate which was stifling businesses and urged government to find innovative ways to reduce it to the barest minimum.

It cited, an instance, where government directed the Consolidated Banks to charge only 11.6 per cent interest rate on loans, insisting that it was possible to bring down the interest rate from the current figure of 25 per cent to a single digit like what pertains in Cote d’Ivoire and Burkina Faso.

The TUC expressed concerns about the over-liberlised trade policy allowing dumping of cheap foreign products on the local markets and thus, called for controlled measures to protect the local industries,

More so, the Union said the 50 per cent reduction of the Benchmark Values had not resulted in reduction of prices for goods and services, but rather benefited importers at the detriment of the general populace.

It urged government to re-examine the tax exemption regime for multinational companies operating in the country and requested that more stakeholder consultation is needed for the new Tax Exemption Policy Draft Document to make it more holistic and relevant.

The TUC disagreed with government’s decision to export specialised nurses to Barbados and other foreign countries and asked whether the nation had surplus nurses that warranted the export.

It said the export of nurses would be useful if only there are nurses in every health facility across the country, arguing that, currently not every village or hamlet has nurses to provide efficient healthcare services.