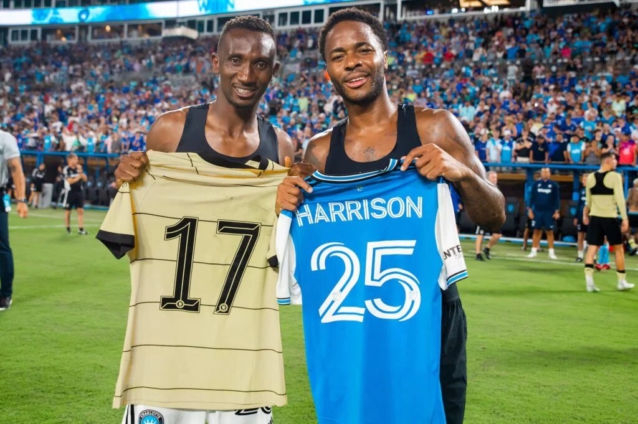 Ghanaians on Twitter have been waxing lyrical over the performance of Harrison Afful in a pre-season game against in the USA.

The game which took place at midnight in Ghana, saw Charlotte FC beat the London club 5-3 on penalties, after the game ended 1-1.

Afful, now 35, played 45 minutes of the second half. After the game, Charlotte FC posted a photo of the Ghanaian right-back with Chelsea marquee signing, Raheem Sterling on Twitter.

Most Ghanaians have been taken by surprise that the former Esperance fullback still plays active football. Some even took to trolling Chelsea in the process.