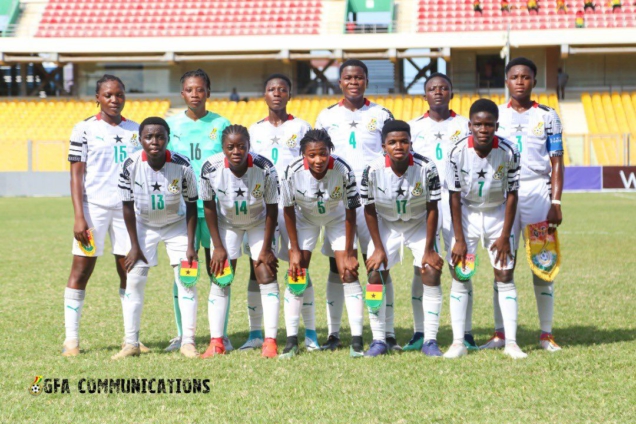 The Ghana Football Association has informed the Confederation of African Football of its intention to appeal the ban served to Black Maidens for age cheating.

Ghana’s U-17 Women’s team was handed a ban which rules them out from competing in the next two CAF qualifiers for the U-17 World Cup.

The decision means until 2028, the Black Maidens will not take part in the continental and global showpiece at the U-17 level.

After Morocco complained that Nancy Amoh and Rasheeda Shahadu had falsified their ages during the two-legged final round of the matches between the two countries, the verdict was made to ban Ghana with a $100,000.00 fine.

On Monday, July 4, CAF announced the judgement in which it stated the GFA had not addressed the accusations made against them.

In its first post following the ruling, the GFA made it obvious that the CAF had not taken the defense into account and announced its intention to appeal the verdict.

The Ghana FA has been working on it and on Thursday, paid the appeal money and started the seven-day window for submitting their appeal.

“The Ghana Football Association has expressed its readiness to contest the decision by the CAF Disciplinary Committee concerning the two players[Nancy Amoh and Rasheeda Shahadu]”.

“As a result the GFA has paid the relevant appeal filing fee in accordance with the Article 58 of the CAF Disciplinary Code”.