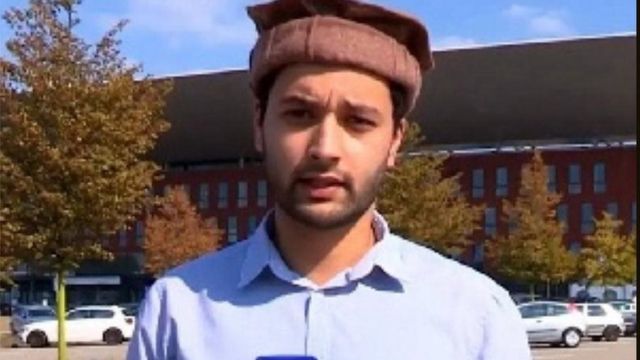 A journalist from the London-based television channel, Muslim Television Ahmadiyya (MTA) International, has been shot dead in an armed robbery incident on the Kintampo- Buipe highway.

Taalay Ahmed, who was attacked and his other colleague on Monday, August 23, visited the country to work on a documentary.

The incident at Mpaha Junction when the crew was travelling by road also resulted in victims being robbed of their mobile phones and money.

In a statement, Chief Inspector George Gyasi, Officer in charge of the Buipe Police, said the victim and his colleague, Umaru Abdul Hakim, were travelling on-board a Toyota Hiace vehicle with registration number GT 7405 -16.

According to the police, they were crossed by some armed men who opened fire on them, deflated the tyres of the vehicle, forcing it to stop.

It said the police arrived at the scene to see the victims with gunshot wounds after some of the bullets penetrated the vehicle and hit the two victims.

“The victims were rushed to the Buipe Polyclinic for treatment and were later transferred to the Tamale Teaching Hospital for further treatment,” the statement read.

Meanwhile, two suspected armed robbers have been killed and four others arrested for their alleged involvement in some robberies and the murder case.

The two, Hamidu Umaru and Haadu, were killed after exchanging gunshots with the police intelligence and operational team.

According to Ghanaian Times, the Director-General of the Police Public Affairs Department, Assistant Commissioner of Police (ACP) Kwesi Ofori, disclosed this in an interview.

He said preliminary investigations revealed the suspects were behind many robberies, including the killing of the international journalist some few days ago.

The Director-General said the police administration had instituted some vigorous measures to effectively combat serious crimes that had plagued the area over the past few years.

ACP Ofori stated that similar intelligence-led operations have been employed in other regions.

He called on the public to collaborate with the police by providing reliable information on suspected criminal activities for further action.

“Policing is a shared responsibility; therefore, we entreat everyone to get involved for a safer and peaceful society,” he added.