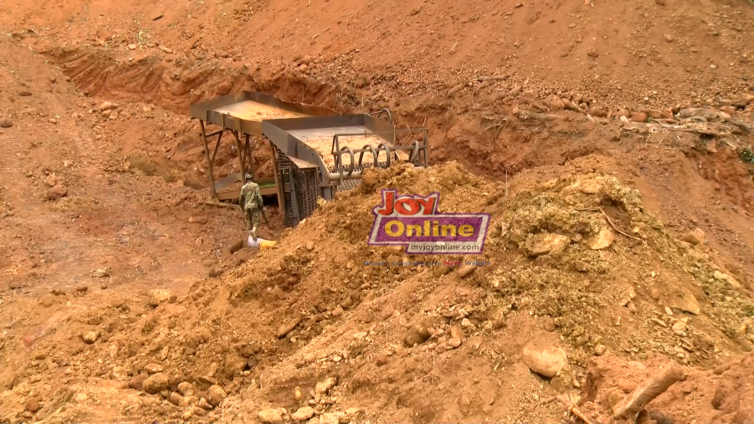 The Paramount Chief of the Sefwi Wiawso traditional area, Katakyie Kwasi Bumangamah II, has revealed that majority of the youth are into illegal mining in the region due to the lack of employment.

He said this when the Indian High Commissioner to Ghana paid a visit to his palace at Sefwi Wiawso.

Speaking at a gathering at the Okogeabour Palace in Sefwi Wiawso in the Western North Region to welcome the Indian High Commissioner, Sugandh Rajaram, Katakyire Kwasi Bumangamah II revealed that the region is facing high unemployment rate among the youth.

According to the Paramount Chief, Sefwi has a lot of natural resources, including timber, bauxite, cocoa, gold and others, but there are no job opportunities for residents.

He said as a result, the majority of the youth find themselves in ‘galamsey’ and other illegal practices which have been a threat to the environment.

Katakyie Kwasi Bumangamah II seized the opportunity to appeal to the Indian High Commissioner to put up a refinery in the region to avert illegal activities among the youth in the region.

On the part of the Indian High Commissioner, His Excellency Sugandh Rajaram thanked the traditional council for the warm welcome.

He also assured his office will work with other stakeholders to ensure the priorities of the people in the region are addressed.

DISCLAIMER: The Views, Comments, Opinions, Contributions and Statements made by Readers and Contributors on this platform do not necessarily represent the views or policy of Multimedia Group Limited.
Tags:
Galamsey
Katakyire Kwasi Bumangamah II
Unemployment