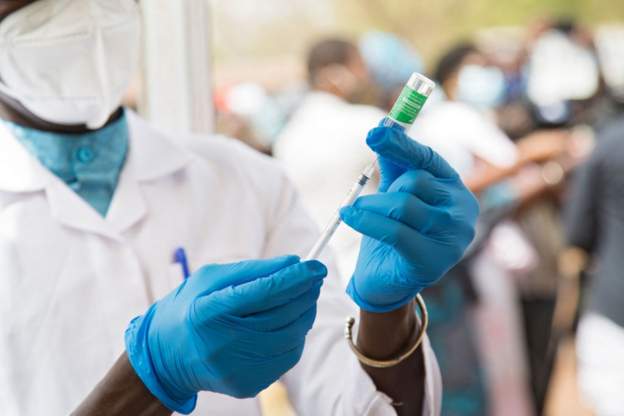 The Ghana Health Service (GHS) has refuted allegations by the National Democratic Congress (NDC) that government is implementing an orchestrated plan to reduce the population of the Volta Region by not undertaking Covid-19 vaccination in the region.

The opposition party based its argument on the fact that the Volta Region isn’t a stronghold of the NPP; hence, the governing party plans to deny the region vaccination to reduce its population, as coronavirus infection has spiked in the region.

The GHS, however, explained that some vaccines have actually been allocated to the region and would be deployed by the close of the week.

The Service, however, failed to mention the actual quantity of the vaccines expected to be administered to residents in the Volta Region.

“The Ghana Health Service has recently allocated some Johnson and Johnson and AstraZeneca vaccines to the Volta Region.

“The Volta Regional health team will deploy the vaccines right after it concludes the training of health care workers by the end of the week’, stated in a release signed by the Volta Regional Director of Health Services, Dr Timothy Letsa.

He further detailed that the region benefited from the first phase of the national vaccination deployment plan where some 25,000 doses of AstraZeneca Vaccines were administered in all 18 districts of the region to health workers and frontline security officials involved in the response of activities and vulnerable populations.

He detailed that “considerable capacity” has been built, since the recording of the first case in the region, to manage and curb the spread of the coronavirus.

He stated that five treatment centres have been established across the region, where the Ho Teaching Hospital currently manages the 40-bed capacity Regional Treatment Centre, adding that some five testing centres were also established within the past 1 and half year.

“The University of Health Sciences (UHAS) COVID-19 testing centre, the primary testing centre at total capacity, runs 1000 samples a day. It is also one of the few testing case management, surveillance,, and risk communication in all the 18 districts.

Dr Letsa added that there has been a steady supply of logistics to health facilities, while three intensive care units are being constructed, expected to be completed by the end of 2021.

He said all stakeholders, including religious leaders and political leaders, have been dully engaged in the management of the pandemic.

He added that the doors of the Volta Regional Minister, Dr Archibald Letsa, are also open to concerned persons or may seek clarifications.

“The health service in the Volta Region welcomes the interest shown by sections of society in
improving vaccine access.

The service also highly commends all its stakeholders for the unflinching support thus far. In the coming days and months, vaccines will be deployed across the Region in several phases according to the phased implementation strategy that has been developed”, he concluded.