'We can no longer remedy the defect in approval of E-levy Bill in Parliament; except Supreme Court' – Rockson-Nelson Dafeamekpor - MyJoyOnline.com

‘We can no longer remedy the defect in approval of E-levy Bill in Parliament; except Supreme Court’ – Rockson-Nelson Dafeamekpor 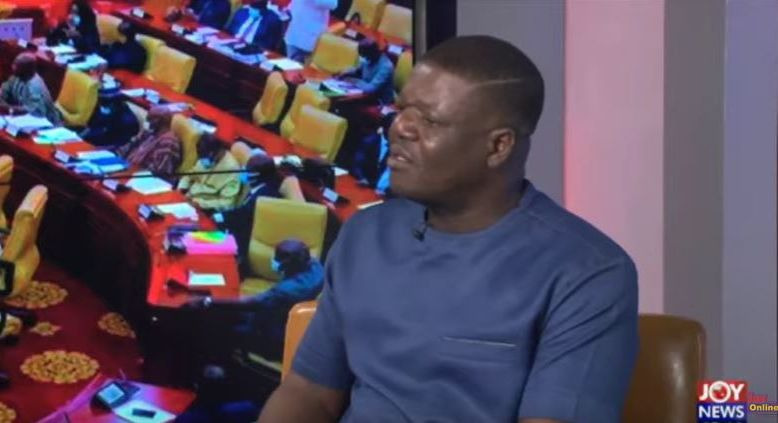 Member of Parliament for South Dayi, Rockson-Nelson Dafeamekpor has defended the Minority’s decision to seek the suspension of the implementation of the E-levy at the Supreme Court rather than resort to the procedures and processes in Parliament.

Mr. Dafeamekpor’s comment follows the Majority Leader’s assertion that the Minority in Parliament has refused to exhaust all procedures and processes in Parliament in their quest to stop the implementation of the E-levy.

The Ranking Member on Legal and Constitutional Affairs Committee of Parliament explained that the passage and final assent to the Bill by the President means Parliament no longer has power to reverse the passage, except the Supreme Court.

“I want to tell him [Majority Leader] that once they passed the Bill into an act and submitted for presidential assent, Parliament has become functus officio, so we can no longer remedy the defect in Parliament. The remedy must occur at the Supreme Court so he [Majority Leader] should appreciate that,” he told Evans Mensah on Top Story on Friday.

He contended that there is no procedure in Parliament to exhaust in this case. The South Dayi MP urged the Majority Leader to cease any public comment on the matter and allow the apex court to determine the case before it.

He opined that the Majority Caucus is mistaken to suggest that the Bill has already been assented to, hence the Supreme Court cannot pronounce judgment on it.

The Majority Caucus in Parliament on Friday held a press conference at which they described as “dead on arrival” the Minority’s application to the Supreme Court seeking an injunction on the implementation of the Electronic Transaction Levy (E-Levy).

“They say they want to stop the implementation but the Bill is already enacted. I don’t know what they mean by that. Upon the assent of the President, the Bill, if Parliament has not postponed the operation of the Bill, immediately after the assent, it comes into operation… It appears you and I would know that it is going to be an exercise in futility,” he said.

Meanwhile, Rockson-Nelson Dafeamekpor believes that the comment by the Majority Caucus is in contempt of court considering the interlocutory injunction before the Supreme Court.