We must strengthen relationship between government appointees and party executives to win 2024 election - John Boadu - MyJoyOnline.com 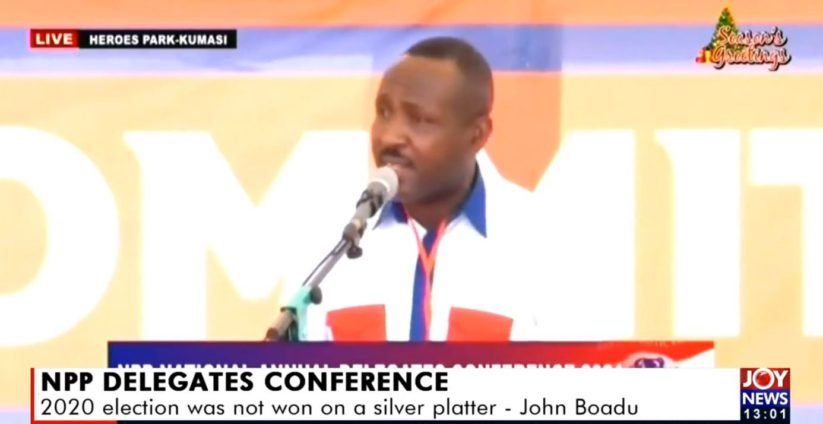 General Secretary of the New Patriotic Party (NPP) has drummed home the need for a cordial relationship between key groups.

According to him, these situations usually overshadow the overriding mission to accelerate the country’s development, incurring electorates’ wrath during subsequent general elections.

He was speaking at the NPP’s Annual Delegates Conference on Sunday, December 19, 2021.

“There is absolutely no doubt that our victory in 2024 where we seek to break the 8-year governance cycle shall depend largely on the relations existing between party and government,” he said.

Addressing the gathering, Mr Boadu explained that evidence abounds in the Kwesi Botway, among other assessments that back this claim.

“Research in this part of the world has shown that the main opposition political parties do not necessarily win elections, but rather it is the governing party that loses elections.

“People decide to vote for your opponent not because they like you but because they want to vote against you or they feel you have neglected them and want to punish you,” John Boadu said.

The NPP chief scribe advised his colleagues and government appointees to mend relationships and work together in the 2024 election to win.

These, he said, will prevent the opposition NDC from reclaiming political power to erode what he describes as gains made by the government.

“If today we’re able to fix this issue, then the New Patriotic Party will have nothing to worry about in 2024,” he added.