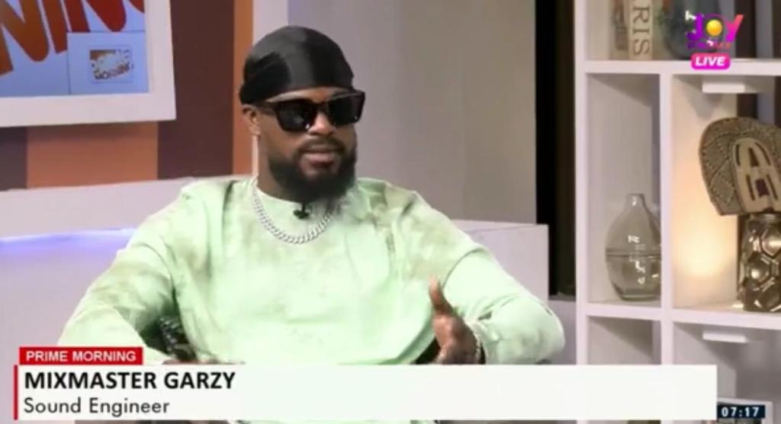 The record producer believes the current crop of leadership at the (GHAMRO) have overstayed their welcome.

At a music seminar organised by Charterhouse Ghana Limited, organizers of the Vodafone Ghana Music Awards, on Monday, GHAMRO executive members were accused for their unwillingness to adopt new technologies that would help musicians to make money from the royalty system.

Many of the music stakeholders who attended the seminar lamented the ineffectiveness and poor structure of the Organisation.

In an interview on Prime Morning on the Joy Prime channel, Friday, Mixmaster Garzy alleged that GHAMRO has all it takes to function effectively yet fails to perform necessary duties.

“Definitely, the blame would be on GHAMRO because there is money, there is everything in there, but then it [GHAMRO] is not working.

“I think that’s the whole issue; we just need to change the people, we need new faces, new people, new ideas because it has been like this for years,” he told Jay Foley, co-host of the show.

Artiste Manager, George Britton, noted one of the major setbacks to be a lack of technical know-how on the part of GHAMRO executives, describing them as “analogue leaders.”

“From where I sit, the number one problem is that analogue leaders are living in the digital age. It’s that easy; people are doing it out there, let’s copy and paste…the older folks there, who are not so okay with the internet or the digital space, still want to use the old, analogue system,” he fumed.

He added, “The dialoging will not solve the problem; we need to get physical. We need to push the government to either force this GHAMRO institution off. We need to close it and get something new happening.”

Meanwhile, Ghanaian Blogger, Ameyaw Debrah, believes musicians can make enough money for themselves if they take advantage of digitisation.

To him, there are so many digital platforms that can give musicians the exact amount of money they seek to get.

“Musicians abroad get their royalties because there are mechanisms that can check how much a musician is making at a particular time, but that is not so in Ghana. But with the streaming websites, an artiste in Ghana can make so much money based on how well songs are streamed across the world,” he said.

Ameyaw Debrah was speaking as a panelist at the Graphic Showbiz forum held on Tuesday, June 22.

DISCLAIMER: The Views, Comments, Opinions, Contributions and Statements made by Readers and Contributors on this platform do not necessarily represent the views or policy of Multimedia Group Limited.
Tags:
George Britton
GHAMRO
Ghana Music Industry
Mixmaster Garzy
Prime Morning