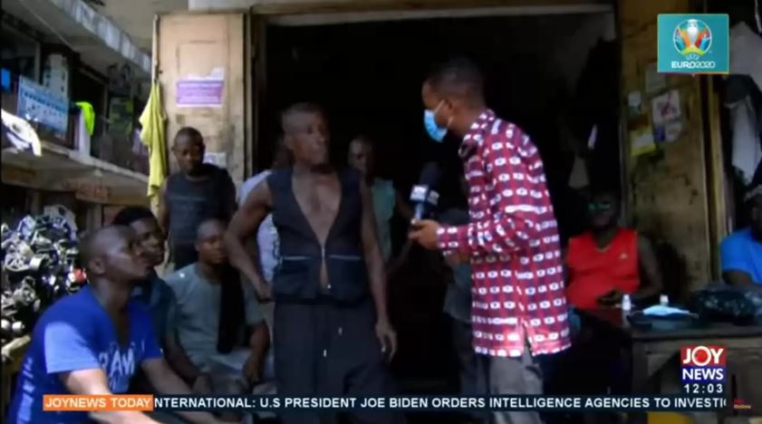 Some spare parts dealers at Abossey Okai have said they will resist every attempt by the government to relocate them to a new site at Afienya in the Adenta Municipality.

According to them, they have invested huge sums of money at their current location thus, are unwilling to move unless the government uses a bulldozer to evacuate them.

“I have made use of my store for four years out of the 10 years payment I made, will the government pay the remaining six years for me to get a place at Afienya?.

“If they will then I will move, but if not then unless they use a bulldozer to move all of us from here. No one is going anywhere.” an agitated spare parts dealer, Oti Agyekum said.

The Greater Accra Regional Minister, Henry Quartey in an interview with Adom News announced the relocation of the spare parts dealers as part of measures to decongest the city.

According to him, the move will even benefit the spare parts dealers as the new location is closer to the Tema Port where they clear their goods.

But, speaking to JoyNews’ Kweku Asante on the Regional Minister’s intention Friday May 28, the traders said they have not complained about the distance to Tema.

“The distance from Abossey Okai to Tema is short. We have people coming from Burkina Faso, Mali and Niger to the port for their goods and go back.”

They say most of them had long term contracts with their landowners, hence moving out will not only affect their businesses but cause them to incur debt as well.

“If I have finished paying for the 50 years and waiting to get back my money before the 50 years, what then do I do with the store if I move to Afienya.”

Mr Quartey had mentioned plans are far advanced following some consultations with the leaders of the dealers but the traders disagree.

“Then the Minister has been deceived by the leaders in Abossey Okai because it is never true and we will never move from here today or tomorrow.

“When they get there, they tell them things in their favour, no one is moving because people have built and we have rented from them.”

“Moreover, the land is not for the government, we have an agreement with the landowners so if we are to move, will the government pay us our monies,?” another dealer, Kwame Donkor asked.