Whether by court or by-election, Assin North seat will remain NDC’s – Alex Sebgefia 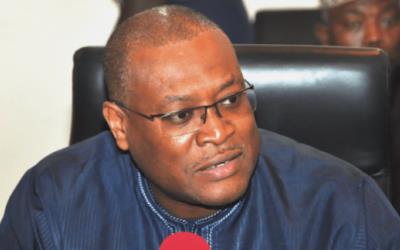 A senior member of the National Democratic Congress (NDC) Alex Segbefia, has stated that the Assin North seat will remain theirs in spite of the Cape Coast High Court’s ruling that annulled the results of the the 2020 Parliamentary elections in the constituency.

“We are not in the least perturbed. We know that seat will remain an NDC seat. Either through the court, or through an election. Whichever way it is looked at, we know that seat is going to remain an NDC seat. We have no problem with that issue. But it is important that the right things are done, and the right processes and procedures are followed,” Mr Segbefia said.

He added that, “we’ve heard what the judges had to say. We will pick up a copy of the judgment which we shall look up and make decisions.”

Also, colleagues of James Gyakye Quayson and members of the National Democratic Congress (NDC) have hinted that they will appeal the ruling.

A minority member on the Legal, Constitutional and Parliamentary Affairs Committee of Parliament, Rockson Dafeamekpor says that as a colleague and member of the NDC, he is indeed disappointed in the ruling of the High Court.

“And as a practising lawyer, I know the remediable steps available. I know that the party would appeal the ruling. And when that happens, then the remedy available would be to apply for stay pending and determination of the appeal. It is extremely costly to run a by-election when the law of the matter as it is, is not properly settled. Settled as in the highest level. We are prepared to take this all the way to the Supreme Court.”

Meanwhile, Minority MPs say their colleague will continue to attend to Parliamentary business until he is served with the court documents.

The petitioner, Michael Ankomah Nimfah contends that the winner of the December 7 parliamentary elections in the Assin North constituency James Gyakye Quayson held dual citizenship as a Ghanaian and Canadian and therefore must be restrained from performing the duties of an MP.

But after months of arguments in the courtroom, the Cape Coast High Court delivered its Judgment today, annulling the vote.

National Youth Organizer of the NPP, Henry Nana Boakye said that the NPP is happy about the judgment delivered by the Cape Coast High Court because it was elaborate, and was hinged and pivoted on the laws of Ghana.

“We are of the view that this is victory for rule of law and again, we would be waiting for the Electoral Commission’s announcement on when the said by-elections would be conducted. Let me also state that we in the NPP, we believe in the rule of law.

“We have heard from our friends in the NDC that we are using some technicalities to make sure that the sovereign will of the people of Assin North will be thwarted. This is false and malicious attempt by the NDC to render our rule of law ineffective. But it is not going to work. Now I said the last time, that the same law that found Honorable Ademu Sakande as not eligible to be Member of Parliament for Bawku Central, is the same law applicable as we speak. The laws have not changed.”