US President Donald Trump has outlined his "strongly pro-life" views on abortion amid controversy over strict new laws passed in several states.

Mr Trump said he was against abortion except in cases of rape, incest or a "serious health risk" to the mother.

His stance on what is a divisive election issue in the US emerged days after Alabama passed a law banning abortion in almost all cases.

A pro-choice rally is planned later on Sunday in protest at the new measures.

Supporters of Alabama's abortion ban say they expect the law to be blocked in court but hope that the appeals process will bring it before the US Supreme Court.

They want the highest court in the land - which now has a conservative majority - to overturn the 1973 Roe v Wade ruling making abortion a right across the US.

Sixteen other states are also seeking to impose new restrictions on abortion.

Mr Trump, whose position on abortion has shifted over the years, had been largely silent on the Alabama restrictions until Saturday, when he posted a series of tweets outlining his views.

"I am very strongly pro-life, with the three exceptions - rape, incest and protecting the life of the mother - the same position taken by Ronald Reagan", he said.

The president added that judicial measures, such as his appointment of conservative Supreme Court judges Neil Gorsuch and Brett Kavanaugh, had helped to make abortion laws in various states more restrictive.

"We have come very far in the last two years with 105 wonderful new federal judges (many more to come), two great new supreme court justices … and a whole new and positive attitude about the right to life." 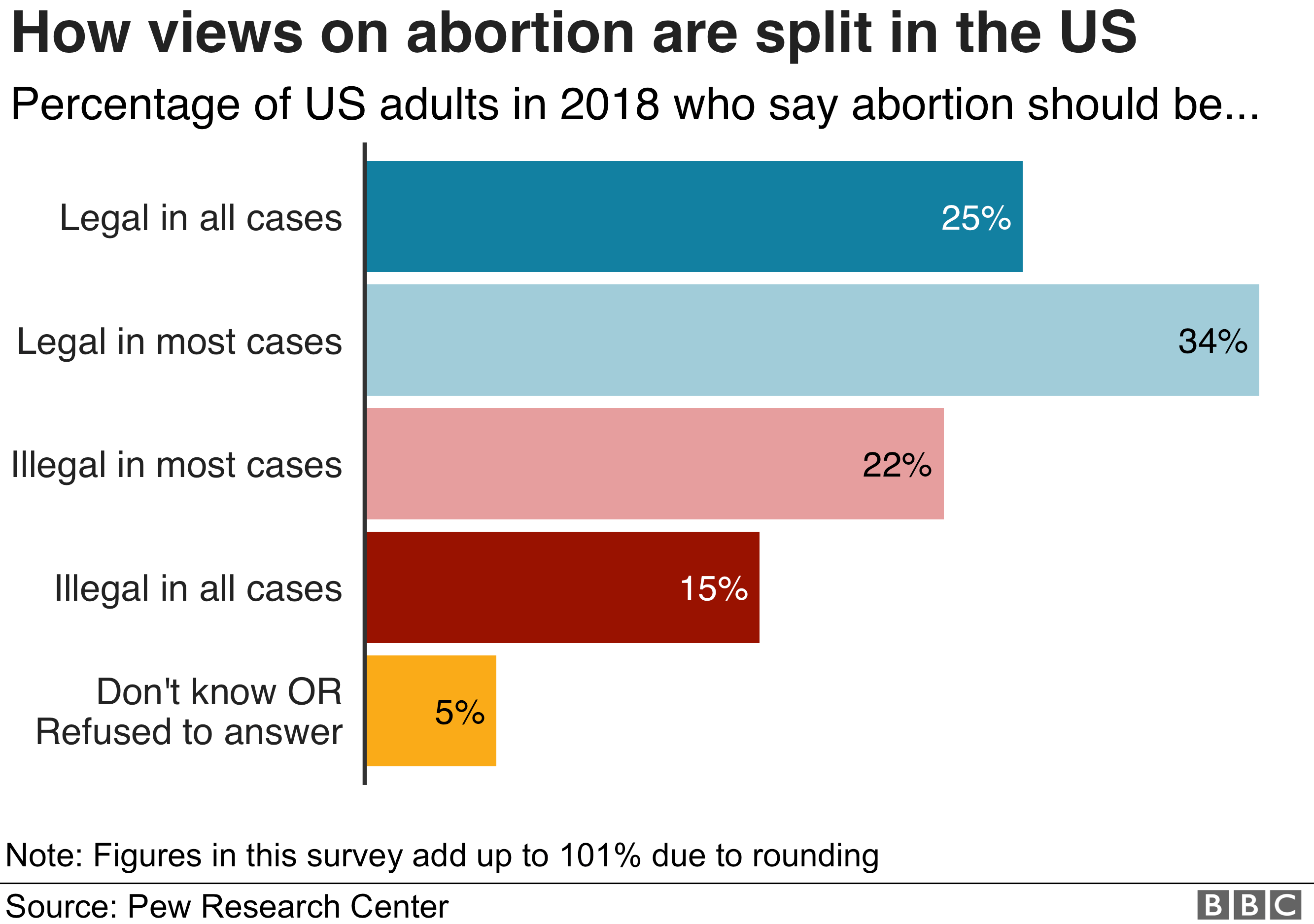 Abortion is an issue which remains controversial in the US, with evangelical Christians in particular forming a nucleus of voters who want to restrict, or even outlaw, the procedure completely.

Mr Trump has adjusted his stance over the years. In 1999, he said: "I'm very pro-choice. I hate the concept of abortion. I hate it. I hate everything it stands for. I cringe when I listen to people debating the subject. But you still - I just believe in choice."

But in March 2016, he clarified that his position was "pro-life with exceptions".

On Saturday he tweeted that Republicans must unite to "win for life in 2020".

Senior Democrats have also suggested that the issue will be an important one in the 2020 presidential campaign.

Massachusetts senator and Democratic presidential candidate Elizabeth Warren responded to Alabama's abortion ban by saying: "This ban is dangerous and exceptionally cruel - and the bill's authors want to use it to overturn Roe v Wade.

"I've lived in that America and let me tell you: We are not going back - not now, not ever. We will fight this. And we will win."

How easy is it to access abortion in the US?

Since the Supreme Court ruling on abortion in 1973, the number of abortion clinics has dropped in many US states, and in 2017, six states reportedly had just one abortion clinic in operation.

Earlier this year the governors of Georgia, Kentucky, Mississippi and Ohio signed bills banning terminations if an embryonic heartbeat could be detected.

According to the Guttmacher Institute - a group which campaigns for reproductive rights - none of these bans are yet in effect, but their introduction is part of a strategy to get the cases heard by the Supreme Court.

But other states are taking measures to safeguard abortion rights. In January, New York signed into law a bill protecting the right to terminate a pregnancy after 24 weeks in certain cases.