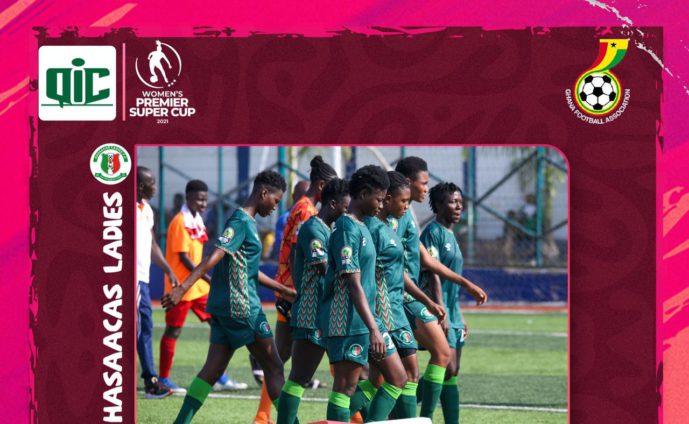 This headlines the last four matches.

Following their victory in their final group game over Berry Ladies, Ampem Darkoa finished as group leaders in Group A, keeping their unbeaten run.

Hasaacas Ladies also booked their place in the semis after managing a 1-0 win over Kumasi Sports Academy on Tuesday.

The Hasmal Ladies came up with six points having lost their opening game, ensuring that they finished as runners-up in Group B.

With the winners of Group A meeting the second in Group B, Ampem Darkoa Ladies will go head-to-head with Hasaacas Ladies in what will be their third meeting so far this year.

The pair met in the final of the Women’s Premier League while also facing each other in the FA Cup final.

In the other semi-final game, Prisons Ladies will also battle it out with LadyStrikers for a place in the final of the competition.

Prisons Ladies finished behind Ampem Darkoa Ladies in Group A, while LadyStrikers’ unbeaten run ensured a top spot in Group B.

Both semi final games will take place at the Madina Astro Turf on Thursday, December 2.