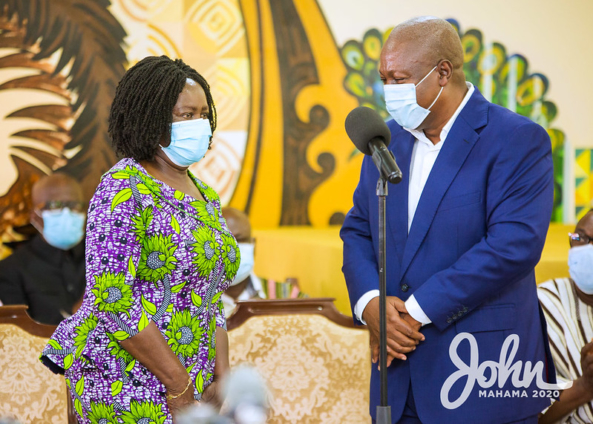 Yesterday, I was having a chat with a girlfriend about the state of our dear country, the needs of women and what women ourselves can contribute to meeting these needs.

In the course of this chit chat a stark reality hit us! The involvement of women in the three arms of government is no more. We currently have a male President and a male Vice President. No woman at the highest levels. We used to have a female head of the legislative arm of government (Speaker of Parliament).

John Dramani Mahama’s choice of a female -a really accomplished one at that! -as running mate on the Presidential ticket of the NDC seeks to change that situation. Ghana will have a woman at the highest level any woman has been in the arms of government. Long overdue, I must say!

Goal 5 of the UN Sustainable Development Goals (SDGs) says, the success of all the other United Nations Development Goals depends on how effectively our societies achieve Gender Equity – When women win, society wins.

We have an opportunity to put a competent woman at the highest level a woman has ever occupied in Government in Ghana.

A vvote for John Mahama is a vote for women to have a place at the highest level of our nation’s decision making. Naana Jane for Vice President come January 7, 2021.