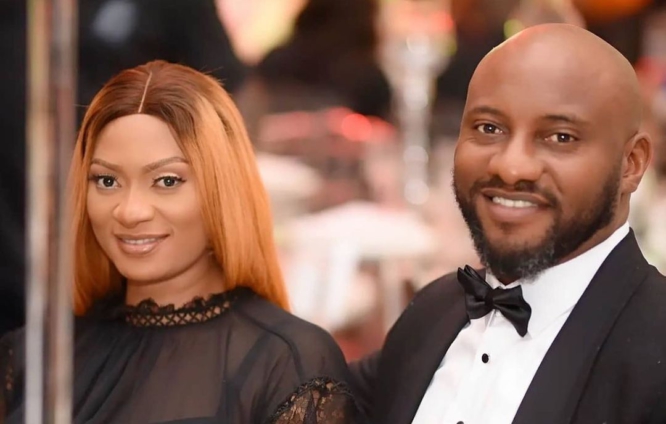 Yul and May Edochie Credit: Instagram/@mayyulEdochie

The first wife of actor Yul Edochie has revealed that she battled depression in the wake of revelations that her husband had welcomed another child and married a second woman.

In a Facebook Live, May Edochie stated that because many saw her smiling in social media posts among others they assumed she was using the situation as a means of making money.

She explained that since the news, life has not been an easy ride for her.

“I’m glad that I look happy and I appear strong. I don’t wish this upon my enemies if at all I have any. Depression is real and there are different stages to it,” she noted.

She said that she is happy she can get up every day and go about her life as she should with her family and loved ones by her side.

In April, Yul Edochie announced that he had married his colleague actor Judy Austin whom he had met on set. He also revealed that they share a son.

He shared photos of himself and his son.

Following the backlash he received for his actions, the actor praised himself for owning up to his actions as “real men” do.

Yul Edochie stated that fake men rather hide women and deceive them.

May Edochie his first wife, whom he has been married to for 16 years and shares four children with, was seemingly unhappy with the news.

She took a break from social media and when she returned, May urged her followers to keep “keep me and my family in your prayers.”

Meanwhile, May Edochie said that many people have said she inspires and motivates them following the controversy but she believes her followers have been the biggest inspiration to her.

Star Dike met his grandfather for the first time. He was taken to see Pete Edochie for some blessings on his birthday.