2-tier Tamale Interchange Project to be completed by end of February - Akufo-Addo - MyJoyOnline.com 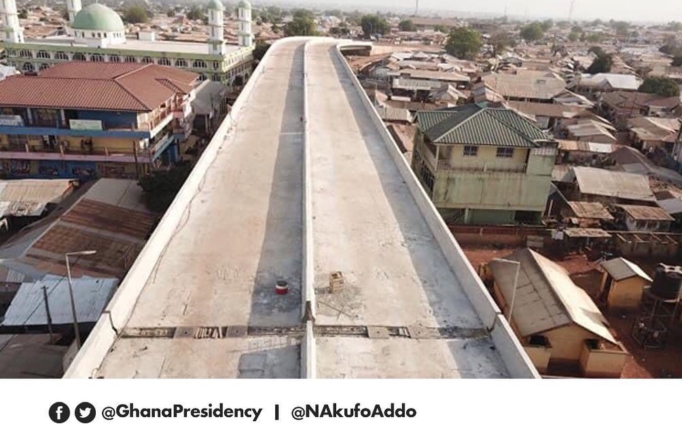 President Akufo-Addo has announced that the 2-tier Tamale Interchange Project will be completed by the end of February this year.

In a tweet on Saturday, he indicated that the project will be commissioned officially in March.

President Akufo-Addo used the platform to also reiterate government’s dedication to ensure it heavily invests in the infrastructural development of the country.

“Roads, roads and more roads all across the country. It’s the #YearOfRoads,” he stated.

Roads, roads and more roads all across the country. It’s the #YearOfRoads pic.twitter.com/7WGvtJUuE4

According to an infographic shared by the President, the “Department of Urban Roads has completed the rehabilitation of the 1.2km Industrial Area Roads in the Tamale Metropolis.”

Also, the rehabilitation of the Global Dream Area Roads Phase 1&2 is currently at 68% and 62% physical completion respectively.

Meanwhile, the President has revealed that about 77.80km of asphalt overlay of out of 100km earmarked for the three Northern regions have been completed.

The three regions are; Northern, North East and Savannah regions.