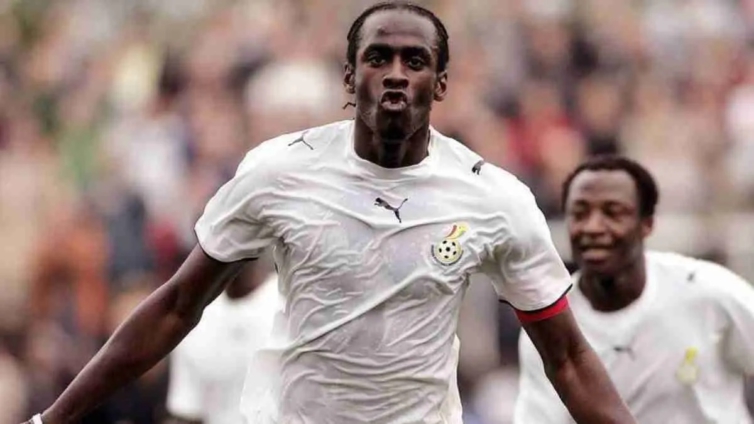 Black Stars head coach, Otto Addo has exclusively recounted to JoySports, his experience at the 2008 Africa Cup of Nations, hosted by Ghana.

The continental showpiece was returning to the West African country for the fourth time, after jointly hosting with neighbours, Nigeria in 2000. With its return, the national team was also eager to make a return to the top of the pile after successive failures at the tournament since 1982.

The best way to describe that campaign for the Black Stars is ‘almost’, after the team fell bitterly to Cameroon in the semifinals, in front of a packed Accra Sports Stadium.

The Black Stars had an unbeaten record from the group stage, with an aggregate score of 5-1, beating Guinea, Namibia and Morocco. An 83rd minute goal from Junior Agogo claimed a victory for the Black Stars over Nigeria in the quarter-finals, but the Stars were eventually dimmed when Alain N’kong scored to knockout Ghana.

Addo, a member of the 2008 squad now has the opportunity to lead the Black Stars to a 24th Africa Cup of Nations as head coach, and has a mixed bag of emotions in recounting the 2008 experience.

“It’s always nice to play in Ghana. CAN 2008 was held in Ghana and it was great playing in front of these spectators, but surely it was also sad when we were knocked out. It was hurting a lot and due to my injuries, I never had the opportunity afterward to play in the Africa Cup. But when I think about the Africa Cup, it was a nice and great experience but it hurts that we got out so soon.”

The 45-year-old’s managerial career with the national team has gone off to a sweet start, beating rivals Nigeria to book a spot at Qatar 2022.

The World Cup is a stage Addo also remembers fondly, as he was a member of Ghana’s first World Cup squad in 2006, featuring in Ghana’s win over USA. To him Ghana and Germany formed a loved pair with the former’s participation.

“My best experience however was at the 2006 World Cup. It was special, the World Cup had taken place in so many countries and that time it was in Germany, and I could play in Germany to see the fans cheering for Ghana. Football always builds bridges between characters and countries and it was so nice to see Ghanaian people celebrating with German fans who fell in love with the team. It was nice to see.”

Addo after qualifying Ghana for Qatar 2022, will face the daunting task of steering Ghana out of a group which contains Portugal, Uruguay and South Korea. But first of all will be making sure Ghana beats Madagascar in the 2023 AFCON qualifiers.

Addo will be part of the Dortmund legends facing off with a select side (African Giants) led by three-time African footballer of the year, Abedi Pele, at the Accra Sports Stadium on June 11.