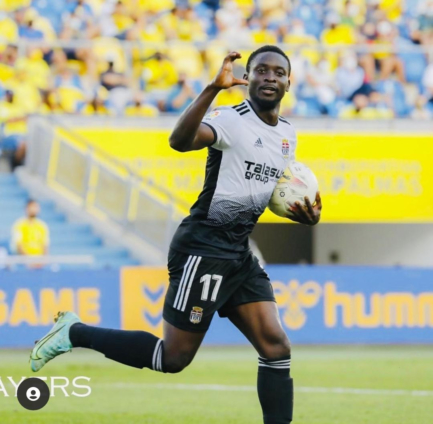 The Ghana Football Association (GFA) has invited FC Cartagena attacker, Dauda Mohammed, to play in the 2023 Africa Cup of Nations qualifiers against Madagascar and the Central African Republic next month, according to his club.

Dauda has been in blistering form since moving to Spain, registering nine goals and providing one assist in the Spanish second tier.

The forward will also be part of the Black Stars side for international friendlies against Japan and Chile in Japan later next month.

The 24-year-old, on loan from Anderlecht, has started 27 out of the 35 league games that Cartagena has played in La Liga 2.