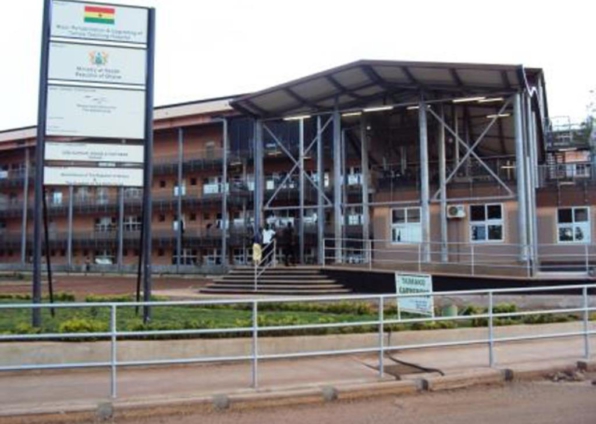 Three persons are battling for their lives in the Northern regional capital Tamale, after a man shot five people at a funeral ceremony.

Police say 45-year-old man Musah Yussif had gone to the funeral grounds to attack one Kambonaa but in the process shot indiscriminately at some bystanders injuring five of them.

Northern Regional Crime Officer, Superintendent Bernard Baba Ananga, told JoyNews three are in critical condition and are still on admission at the Tamale Teaching Hospital whilst two have been discharged.

“Yesterday, in the evening around 5pm our attention was drawn to a shooting incident around Agric. The information was that it was a funeral that was being performed for a sub-chief; along the line, somebody went there and disturbed the peace of the environment.”

“Our investigations established that five people were shot, three in critical condition, and two in stable condition. So, as we speak, two of them who are in stable condition are believed to have been discharged and the three are still in the hospital,” he recounted.

Supt. Ananga revealed that one more person was shot dead on the spot.

“We dispatched police officers to the place to verify and give us feedback. They reported back to us that they found one person lying in a pool of blood on the ground.”

“They suspected the person was attacked and lynched. So, we dispatched our investigators to assess and verify; they also reported that the person was lynched.”

DISCLAIMER: The Views, Comments, Opinions, Contributions and Statements made by Readers and Contributors on this platform do not necessarily represent the views or policy of Multimedia Group Limited.
Tags:
Shooting incident
Tamale
Tamale Teaching Hospital