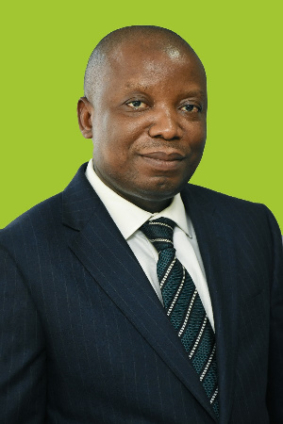 Accounting and auditing firm, Deloitte has added to calls for government to adopt a comprehensive debt management strategy which focuses on accessing concessionary loan facilities and reducing over reliance on commercial loans that are relatively more expensive.

In its analysis of the 2021 Mid-Year Budget Review, it said the rising domestic debt is preventing the private sector from accessing funds and this threat is likely to increase the cost of borrowing.

Deloitte said the rising debt which led to a credit downgrade by ratings agency, Fitch, has implication on access to credits by businesses.

Budget deficit of 9.5% is achievable

Government has also projected a budget deficit of 9.5% of GDP at the end of this year.

Deloitte urged government to pursue a controlled budget expenditure and work towards achieving planned revenue targets for the year.

“Based on the half year performance, Government’s 9.4% budget deficit projection is achievable. However, Government must ensure it operates a controlled budget expenditure and work towards achieving planned revenue targets”, it pointed out.

Again, government missed its revenue target for the first half of this year by 3.9 billion. The revenue deficit was largely due to shortfalls in revenue from non-oil tax revenue.

The accounting and auditing firm however commended government’s initiative to replace the Tax Identification Numbers with the Ghana Card, among others as bolder initiatives to help widen the tax net.

“Government’s initiative to replace the Tax Identification Numbers (TIN) with the Ghana Card and the merger of the National Identification Authority (NIA) numbers with the Social Security and National Insurance Trust (SSNIT) numbers of Ghanaians is expected to help widen the tax net. This will provide the means to properly tax the informal sector and increase the revenue generation capacity of the Country”.

On the one million jobs initiative, it said though the government has made progress to increase the productive capacity of the economy in the Agriculture and Manufacturing sectors, there is still work to be done regarding the formulation and implementation of policies that will lead to the creation of one million jobs within the next three years.

Again, government should estimate the funding requirements for the One Million Jobs Initiative, among others and assign budgeted amounts to them going forward.

“Government should estimate the funding requirements for the National Homeownership Fund, Enterprise and Youth Support Fund (EYSF) and One Million Jobs Initiative Policies and assign budgeted amounts to them going forward. The $2bn sustainable bonds could be used to support some of these socio-economic initiatives”, it said.