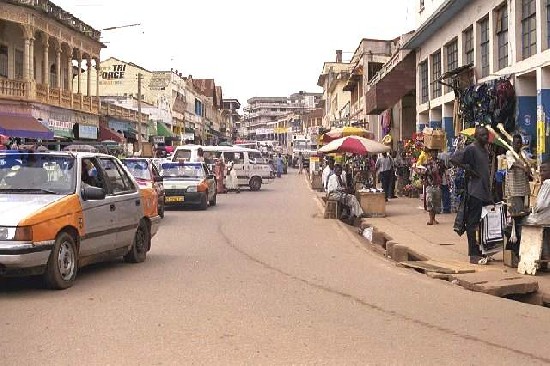 Traders occupying an old Budukuma estate building at Adum are appealing to government to step in to prevent a proposed demolition of the edifice by National Disaster Management Organisation (NADMO).

The building which has become the source of litigation for years houses over 20 traders at the centre of the business district.

In a letter cited by Luv News, the regional NADMO Coordinator has given occupants of the building two weeks to vacate the building it describes as weak and prone to collapse.

But leader of the traders, Osei Kojo Amoah says the building is in good shape.

The traders say they see NADMO’s action as a ploy to play to the gallery of one of the litigants in the ownership of the building.

The leader of the agitating traders, Osei Kwadwo Amoah has called on government and other authorities to call NADMO to order.

“Look at this building, are there any cracks? We are inviting the President and his ministers and the Asantehene Otumfuo Osei Tutu to intervene because some faceless people want to shortchange us to deny us of our livelihoods. They should call them to order,” he said.

A member of the Budukuma family, owners of the building, Paa Kow also opines that the building which has no visible cracks is not a death trap and thus NADMO should leave the property alone.

“Does this look like a building that is collapsing to which NADMO is bent on demolishing? What we want to say is that the family has not sold this building to anybody,” he said.

But Regional NADMO coordinator Kwabena Sekyire in an interview on Nhyira FM insists the building is a threat to society and must be pulled down.