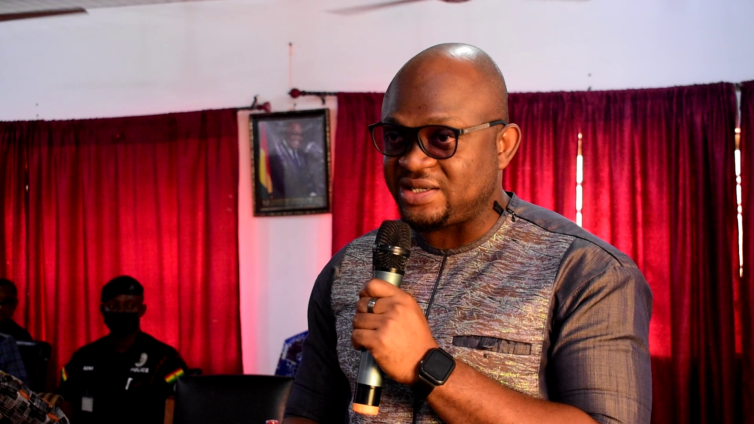 The Afadzato South District Chief Executive has indicated that the assembly is poised to pursue a four year development agenda aimed at enhancing the local economy.

According to Etornam Flolu, the assembly would invest in six thematic areas; education, health, road, job creation, agriculture, and most importantly tourism.

He was speaking at a staff durbar during a tour of the district by the Volta Regional Minister, Dr. Archibald Letsa.

“We have a goal to achieve before the end of 2024, we want to build a local economy in Afadzato South, where people are empowered, people have a lot of money, if not so much, money in their pockets to spend to boost the local economy”, he said.

He stated that some initiatives are being implemented to market the tourism sites and ensure the district wins a spot on the world tourism map.

He detailed that efforts are being made to ensure access roads in the district witness a facelift, with the support of the Volta Regional Coordinating Council.

He said this is evident in the ongoing construction of roads in the Liati Traditional Area, to connect tourist sites in the Afadzato South District and Hohoe Municipality.

“We are hoping the section of the Eastern Corridor Road in our district, between Have and Ve Golokwati, is completed in time to make traveling on the stretch convenience for motorists”, he appealed to Dr. Letsa.

He detailed lockable stores will be erected at Ve Golokwati, Logba, and Have to ensure traders have befitting places to engage in business and contribute to the growth of the local economy.

He also announced the completion of 4 borehole projects in some communities and indicated that the assembly is working to end the water challenge in the district.

Mr. Flolu is hoping to make available furniture to “every child of school growing age” in his jurisdiction adding that two classroom blocks have been completed and would be commissioned soon.

“Once I am here in charge of Afadzato South, development is our agenda and we will make sure that we do what we ought to do and what is required by law to develop the district”, he stressed.

He imposed trust in the assembly staff to support him deliver the development agenda, of which improving internally generated funds is paramount.