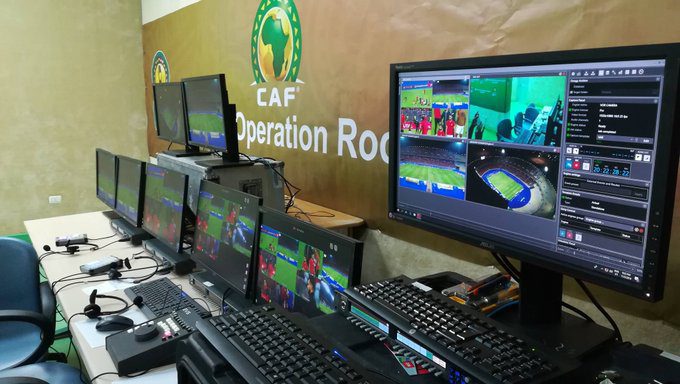 The Confederation of African Football (CAF) has confirmed to the participating countries at next year’s Africa Cup of Nations that the Video Assistant Referee (VAR) will be used throughout the tournament, Joy Sports understands.

The VAR was first introduced during the 2019 edition of the AFCON in Egypt, being effective in the knockout stages of the competition to the final.

There was also a plan for the system to be used in the 2019 CAF Champions League final between Esperance Tunis and Wydad Athletic Club but the game was brought to a halt after the system failed to work prior to kick off.

Despite the difficulties in the past, the Video Assistant Referee has been used in some crucial club games on the continent as well as international matches, aiding in the acquisition of the technical know-how on the use of the system.

With the development of the system on the continent, CAF is set to allow the usage of the VAR throughout the 2021 AFCON, which will be staged in Cameroon.

The tournament, which will be played in six different stadia, will start on January 9 and on February 6.