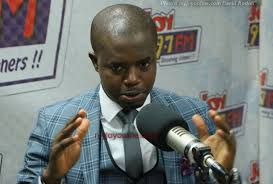 A member of the National Democratic Congress’s (NDC) legal team, Edudzi Tamakloe has said President Akufo-Addo’s referral of the Agyapa Deal Agreement back to parliament is a demonstration of lack of leadership.

Discussing the Special Prosecutor’s report on the transaction on JoyNews Saturday, the legal practitioner described the move by the President to return the deal to Parliament as a shirking of responsibility.

“The president’s decision to refer the approved deal back to parliament for whatever it is, for me, cast the president in the module of a person who does not consistently take responsibility and so his conducts looks more like that of Pontius Pilate than demonstrating leadership,” he said on NewsFile.

President Akufo-Addo’s decision follows the findings of a corruption risk assessment conducted into the transaction by the Office of the Special Prosecutor, Martin Amidu along with the directive to the Finance Ministry.

But Mr Tamaklo said the decision is a regrettable one.

“It’s quiet regrettable, remember in all of this, he gave an executive approval for this deal and so if there is a problem with it then he failed,” he said

But a Former Member of Parliament of the New Patriotic Party (NPP) for Okaikoi South, Nana Akomea disagrees.

According to the Managing Director of the State Transport Company (STC), the President has exhibited remarkable traits of good leadership.

“I think many people will agree that the president has shown exceptional leadership in this matter, exceptional responsibility, he hasn’t issued any defense or acceptance at all,” he said.

Nana Akomea, however, noted that many of the suspicions noted by Lawyer Edudzi have equally been echoed by some civil society organisations, but stressed that “they still remain suspicions”.

He added, “the door is still not closed, transparency and accountability are still being sort by especially the government, the president himself and the finance minister”.