Akufo-Addo has made massive investments in Eastern Region – Regional Minister 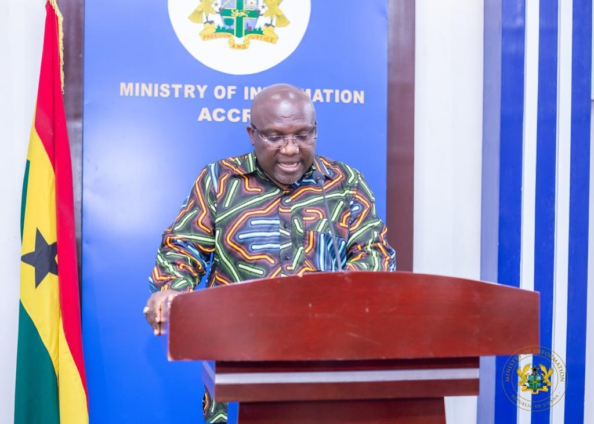 The Eastern Regional Minister, Seth Kwame Acheampong says his region has been at the receiving end of significant investments especially on roads and education by the Akufo-Addo administration.

He said the Region is witnessing tremendous investment in educational infrastructure under the current administration far more than what it did under the erstwhile administration.

This he said includes the state-of-the-art STEM school at Abomosu (Atiwa West), the TVET centre at Akyem Anyinam, the vocational institute at Kitase- Akuapem, and Phase I of the University of Environment and Sustainable Development.

The Minister said this on Sunday, September 18, in Accra when he who took his turn at the Minister’s Press Briefing, a regular media engagement platform put together by the Information Ministry.

In the area of health, the Minister said in line with government’s vision to create and expand access to health services and enhance the quality of health service delivery in the region, various development projects in the health sector in the region were commenced and are progressing steadily with some being completed and others still under construction.

On roads, the Regional Minister noted that over the past 6 years, the region has benefited massively from government’s much-touted Year of Roads agenda.

“On roads, we have a total road network of 7,147 kilometres. So far, out of this total road network, we have awarded for construction a length of 5,404 km and we have fully completed 1,487 km. This comprises of the three agencies under the road sector,” he said.

He explained that this significant upgrade in road infrastructure under the current administration exceeds the kilometres of road constructed in the region under the erstwhile John Dramani Mahama administration.

DISCLAIMER: The Views, Comments, Opinions, Contributions and Statements made by Readers and Contributors on this platform do not necessarily represent the views or policy of Multimedia Group Limited.
Tags:
Atiwa West
Eastern Region
Seth Kwame Acheampong