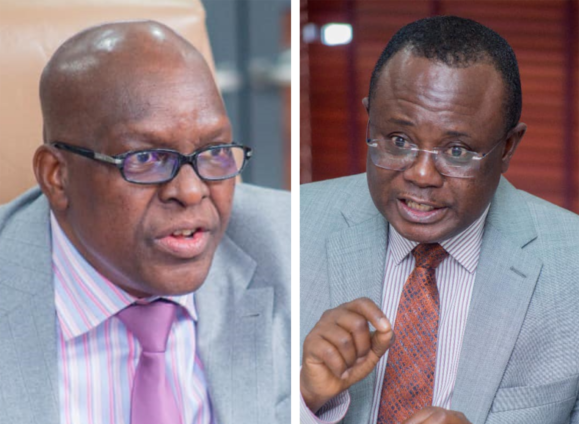 The Speaker of Parliament has described President Akufo-Addo’s comment on the Supreme Court’s ruling affirming voting rights of Deputy Speakers while presiding as myopic.

Alban Sumana Kingsford Bagbin, in a statement on Friday, noted that he had initially resisted “the temptation of making any comment” until the President spoke on the matter.

President Akufo-Addo, in an interview on Thursday, said Parliament is not beyond the scrutiny of the Supreme Court.

His comment was after the Apex Court presided over by Justice Jones Dotse ruled that a Deputy Speaker can be counted during the formation of a quorum for Parliamentary decision-making and participate in voting while presiding over the parliamentary business.

According to President Akufo-Addo, “There is nobody in the Ghanaian State that is above the fundamental law of the land. It will lead to the very matter that we have striven so long to avoid – the concentration of unregulated power in our state – we don’t want that. And we brought about this Constitution to allow that to not reoccur.”

But, Mr Bagbin believes the utterances of the President will only sore the relationship between the Executive and the Legislature.

“The President’s comment is myopic and unfortunately it only goes to worsen the schism between the Executive and Parliament.

“The issue being discussed is the political question doctrine. It took centuries to detail out the strands of this doctrine, and the principles are settled as to when and how this closed book could be opened,” he stated.

Mr Bagbin also criticised the decision of the Supreme Court.

According to him, the decision is not only absurd but a reckless intrusion into the remit of Parliament.

“The trend of unanimity is equally troubling. It doesn’t help explore and expand our legal jurisprudence,” parts of the correspondence read.

DISCLAIMER: The Views, Comments, Opinions, Contributions and Statements made by Readers and Contributors on this platform do not necessarily represent the views or policy of Multimedia Group Limited.
Tags:
Alban Sumana Kingsford Bagbin
Parliament
President Akufo-Addo
Supreme Court