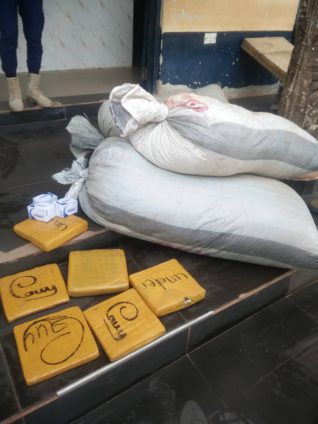 Nine persons are in the grips of the Akyem-Asuom district police in the Eastern Region for possessing quantities of plant substances suspected to be Indian hemp.

They also retrieved two boxes of sparkling Kingsize rolling papers, one pack of cigarettes, one parcel of plant substance suspected to be Marijuana and two polythene bags containing dried leaves believed to be Indian hemp.

According to the police, the suspects were arrested in a swoop on Thursday, September 30, at 4:00 am.

Meanwhile, the exhibits have been retained at the station pending further investigations.