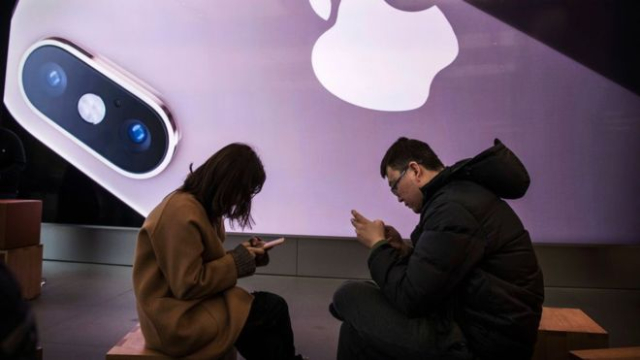 Apple has credited a surge in demand for its iPhone 11 for record sales and profits over the Christmas period.

Apple boss Tim Cook also said it was “closely monitoring” the coronavirus outbreak, which has made forecasting for the next quarter difficult.

The company has limited travel and reduced store hours in China, while its suppliers’ factories remain closed longer than expected.

The gains were driven by demand for iPhones and accessories such as watches and AirPods and marked a change from recent performance, which had disappointed with weak iPhone sales.

In the most recent quarter, iPhone sales climbed almost 8%, while sales of wearables such as watches and AirPods jumped 44%, with demand so strong it created shortages.

Overall, Apple said it made about $79bn from products and $12.7bn from services, which includes Apple Pay, new streaming service Apple TV+, game service Apple Arcade and the App store.

The almost 17% growth in services disappointed some analysts, who also noted the firm had offered little insight into the response to Apple TV+. 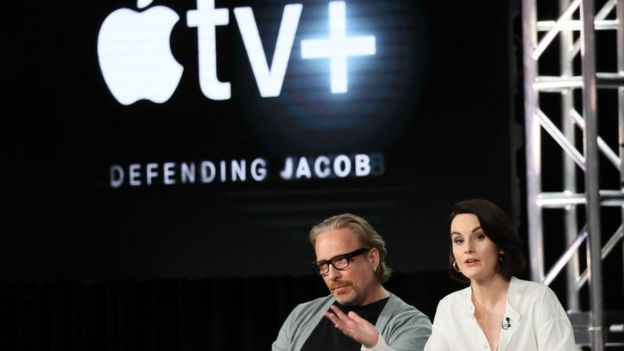 “While [streaming] is an intriguing area to keep an eye on, it would be a mistake to lose focus on the main business, and Apple is still very much a hardware business,” said Sophie Lund-Yates, equity analyst at Hargreaves Lansdown.

Growth was strongest in Europe, where sales were up 14%. They increased 11% in the Americas and Japan, and 3% in the firm’s greater China region, which includes Taiwan and Hong Kong.

Apple’s iPhones made inroads in the Chinese market at the end of 2019, amid a broader 7% decline in the number of smartphones sold last year, according to research firm Canalys.

“There is still a strong pull factor for Apple’s products, at the right price, given the hardware and service ecosystem strength,” said Nicole Peng, Canalys’ vice president for mobility.

The firm said it expected sales of between $63bn and $67bn in the first three months of 2020. The range was wider than usual due to the coronavirus outbreak, Mr Cook said.

While Apple has “some” suppliers in Wuhan, Mr Cook said the firm has alternate sources in those cases. The impact on suppliers outside of Wuhan is “less clear”, with re-opening from the Chinese New Year currently delayed until 10 February, he said.