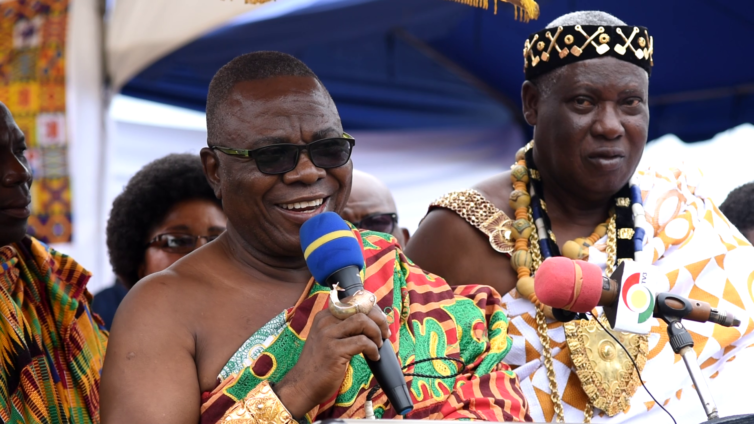 The Avatime Paramount Chief, Osie Adza Tekpor VII, urged stakeholders in education to take cognisance of the phenomenon where young ones are unable to identify with the African culture and traditions.

Speaking at the 75th-anniversary celebrations of the Evangelical Presbyterian College of Education in Amedzorfe, he asserted that the African culture and tradition “are being lost on the new generation”.

“One of the most important things that any nation strives on is its history; another is the culture and tradition”, he stressed.

He, therefore, underscored the need for the study of the African culture and traditions to be integrated into the syllabus of Colleges of Education in Ghana.

The revered Chief believes the training of teachers would help inculcate the values of the African culture into the younger generation at the primary level, which they would not depart from.

He also lamented the surge of activities leading to the degrading of the environment and called on stakeholders in education to design modules to help imbed the habit of protecting their environment into the younger generation.

“I want to urge the Ministry of Education and Ghana Education Service to take a critical look at environmental studies in the school curriculum, especially at the primary and the Junior High School levels”, he opined.

Osie Adza Tekpo believes that is the only measure that would contribute to changing the attitude of people toward the environment to protect it from degrading.

He congratulated the E.P College of Education on its 75th anniversary and appealed for a stronger collaboration between the school and the traditional authorities.