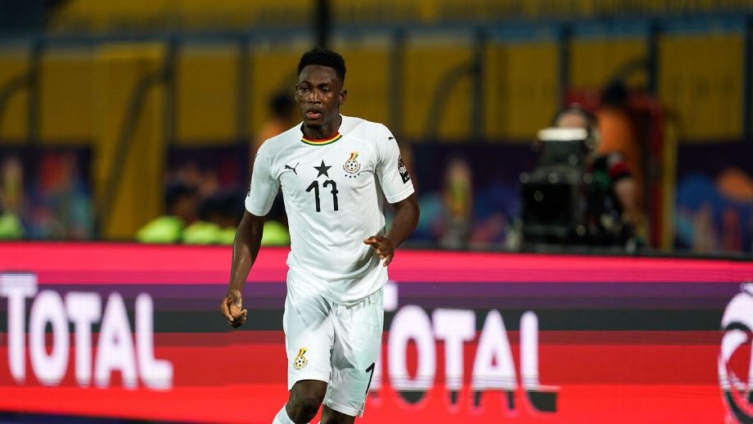 Black Stars coach Charles Akonnor has explained the inclusion of Chelsea left-back Baba Rahman in his squad for 2021 Africa Cup of Nations qualifiers against Sudan in November.

The 26-year-old has played for the Black Stars since July 2019 in the Africa Cup of Nations round of 16 defeat to Tunisia.

Since then, the Chelsea left-back has played four competitive games at club level. His last game came recently against Liverpool U-23 in the Premier League 2.

Baba’s lack of game time has been due to recurrent knee injuries.

But speaking to GFA news on Friday, Coach Akonnor said: “Baba is currently playing well and deserves a place in the team”.

“Baba Rahman was once a regular player here; due to injury he was taken out. Now he is back, he is fit, he is playing very well with his team. Unfortunately, he has not had the chance to play in the first team”

“But he has had a couple of friendly matches since August, September and even recently 24th October, which he played against Liverpool’s second team. And these matches, he has played 90 minutes, some are 90 minutes, a lot of 90 minutes and of course 70 minutes.

“So, we have taken a lot of consideration, looking at the fact that we have a little bit of weakness within that area, the full backs so I thought it necessary to bring him to compete with Gideon on that side,” Akonnor added

Ghana will play two games against Sudan in Cape Coast and Khartoum as the two teams battle for a place in the 2022 Africa Cup of Nations tournament.

DISCLAIMER: The Views, Comments, Opinions, Contributions and Statements made by Readers and Contributors on this platform do not necessarily represent the views or policy of Multimedia Group Limited.
Tags:
Baba Rahman
Black Stars
Black Stars squad
CK Akonnor