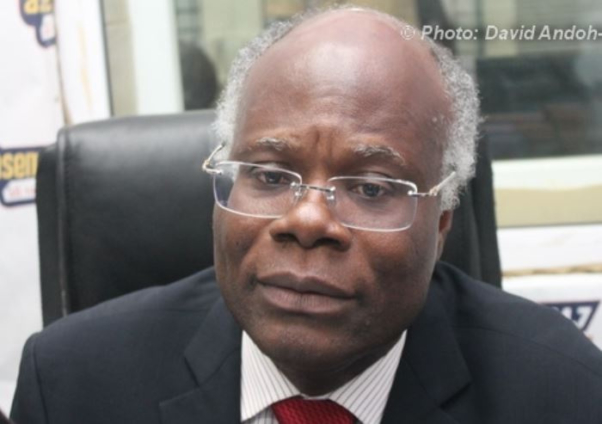 Adansi-Asokwa MP says the booing of President Nana Addo Dankwa Akufo-Addo at the Global Citizen Festival was uncalled for.

Kobina Tahir Hammond said the incident was embarrassing and undemocratic.

According to him, there are better ways for Ghanaians to express their displeasure toward the President.

He said a bad precedent has been set in the history of the country.

The legislator insisted that in as much as Ghanaians are faced with severe economic hardship, the situation does not warrant such unfair treatment of the President.

“That was scandalous. I don’t think that, as a nation, we’ve gotten to that stage. I was petrified when I heard that.

I didn’t understand it. I haven’t seen anything of this sort before. We shouldn’t be setting precedents that cannot be handled.

Whatever the issue is, people have no business hooting at the President. There should be some respect because that isn’t democratic,” KT Hammond spoke to journalists on the matter on Tuesday, September 27.

President Akufo-Addo who delivered that keynote address at the 2022 Global Citizen Festival was met with loud boos and hoots from spectators.

As the crowd chanted “Away!” the President delivered his speech without a hitch.

However, the ruling New Patriotic Party (NPP) has attributed it to the opposition National Democratic Congress (NDC).

According to them, the NDC wanted to use it to score “cheap political points.”

But the NDC has denied it outrightly.

According to the party, it did not have any hand in it.

The party said the incident reflects the “excruciating and frustrating times Ghanaians presently find themselves.”

In a press release signed by the Communications Officer of the party, Sammy Gyamfi, NDC said it had no hand in the “embarrassment.”

DISCLAIMER: The Views, Comments, Opinions, Contributions and Statements made by Readers and Contributors on this platform do not necessarily represent the views or policy of Multimedia Group Limited.
Tags:
Akufo-Addo
Global Citizen Festival 2022
KT Hammond
NDC
NPP