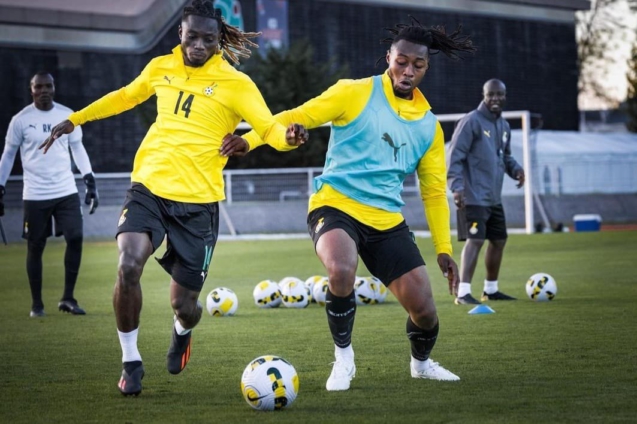 Black Stars defender, Gideon Mensah, believes Ghana’s friendly game against Brazil will be good preparation for the team ahead of the 2022 FIFA World Cup.

Ghana will come up against the five-time world champions on Friday, September 23, in Le Havre in the first of two friendlies this international window.

With both teams booking a spot for the Qatar tournament, Mensah believes playing Brazil, who are currently ranked number 1 in the world, will be good to assess the preparedness of the Black Stars,

“Playing against a team like Brazil is a good test for Ghana. Going to the WC, it’s a good choice for Ghana,” he told the GFA media.

“Being ready means we are going to compete against the best countries at the World Cup so playing against Brazil on Friday is going to be a good test for us. This game will show if we are ready or getting close to our goal for the world cup.”

The 23-year-old also urged Ghanaians to rally their support behind the team and expect the team to do well.

“Ghanaians know we have a tournament ahead of us and then playing against Brazil is a big game for us and for Ghana also as a country,” he added.

“So they should continue supporting and giving us the hope that we need and then they should believe that we are going to come out with something nice for them.”

The game is scheduled to kick off at 18:30 GMT on Friday.