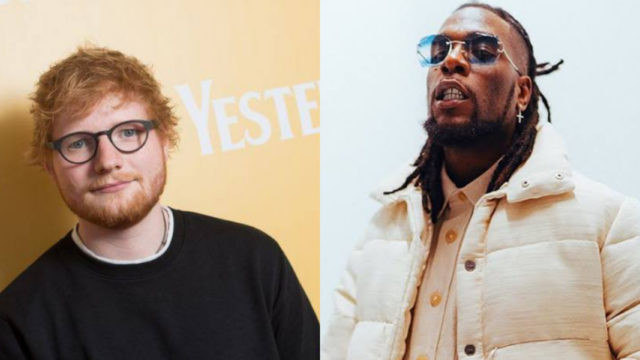 Nigerian singer Burna Boy joined British superstar Ed Sheeran on stage at the Wembley Studio to perform during the week.

The two performed a yet-to-be-released song they collaborated on. Ed Sheeran revealed that the song is featured on Burna Boy’s new music ‘Love, Damini’.

This is the second time the two artistes have worked together. They were both featured on UK rapper Stormzy’s ‘Own It’.

Burna Boy later revealed on Twitter that the song with Ed Sheeran, titled ‘For My Hand’ is number 13 on the album.

The album Burna Boy has said would be released in July, his birthday month.

Ed Sheeran & Burna Boy performing their unreleased song together on the same stage at Wembley Stadium is the best thing you’ll ever see this today! 😍

Ed Sheeran also performed with Fireboy at Wembley. They performed the remix of their hit song ‘Peru’.