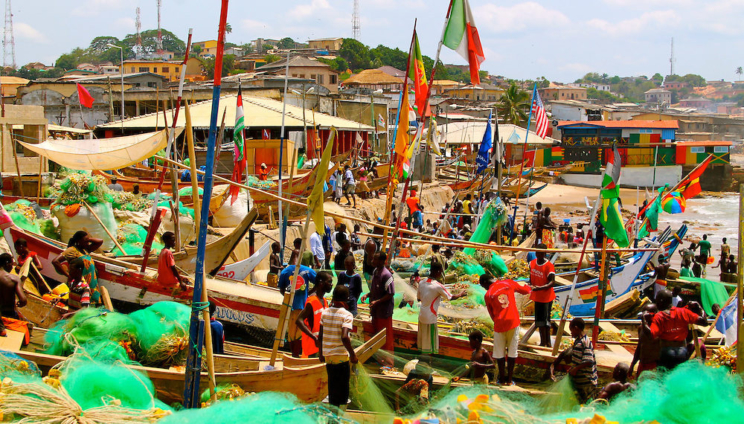 Some fishermen in the Central Region have accused government of selling premix that is supposed to be used by fishermen to party functionaries.

At a news conference at Elmina, spokesperson for the fishermen, John Quayson, blamed the government for politicizing the fisheries sector.

“In December 2019, John Peter Amewu stood at Winneba and claimed the cost government incurs on the subsidies of premix fuel amounts to GH¢400 million.

“We have investigated and the indication is that the money does not come to the fishermen but rather party functionaries,” he stated.

According to the fishermen, the practice accounts for the hoarding of the commodity that has resulted in fire outbreaks at the landing beaches in recent times.

Mr John Quayson disclosed that “the government says we should buy the 70 gallons for GH¢5.1 but they sell it to us at GH¢10.5.”

“When they do that do you think it is fair?” he quizzed.

He bemoaned on economic hardship faced by fishermen during the Akufo-Addo-led administration.

“The month is almost ended but there is nothing to show for it. They have made us go through hardship and within this period, they say they are bringing us money.

“Can we work with Akufo-Addo?” he quizzed.