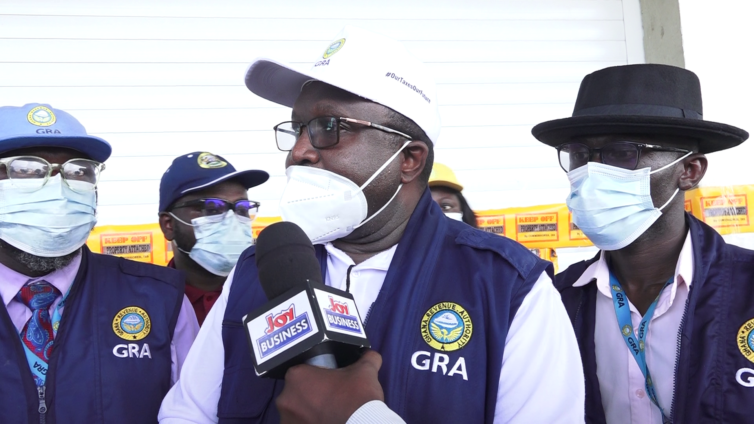 Some Chinese nationals working at quarry sites in Kasoa in the Central region on Thursday, December 8, 2022 released dogs on officials of the Tax Enforcement Unit of the Ghana Revenue Authority (GRA).

The GRA officials were on an exercise to enforce tax compliance as part of measures to improve revenue collection in the country.

Speaking to journalists, the Head of Enforcement at the GRA, in charge of Accra Central, Joseph Annan said the Chinese nationals released the dogs immediately they saw them on the site.

“We experienced some nasty encounter today. Dogs were released on us but thanks to our security officers in the name of the preventive staff”, Mr. Annan said.

He added that the case will be handed over to the Attorney-General’s Department.

“The case will be investigated and then the docket will be completed and handed over to our legal unit for possible prosecution”, he stressed.

Providing some details, Mr. Annan said the Tax Enforcement Unit is a special group trained to handle hostile situations, hence the team was able to calm the dogs.

“They were able to quell the situation. There are a lot of Chinese nationals operating here without paying the VAT, and when we come to enforce the law, they open their dogs. We will deal with them for trying to push us back”.

“They are all Chinese companies operating in Ghana without paying the VAT”, Mr. Annan said.

Before the exercise, the team undertook an earlier operation in the Shai-Osudoku Municipality where some quarry companies were shut down for not paying taxes.

Mr. Annan announced that the GRA will turn its attention to operators in the Tourism and Hospitality Industry to ensure that the right taxes are paid during the festive season.

According to the GRA, there are close to 100 grand events slated for December which will be keenly monitored by the authority for tax compliance.

DISCLAIMER: The Views, Comments, Opinions, Contributions and Statements made by Readers and Contributors on this platform do not necessarily represent the views or policy of Multimedia Group Limited.
Tags:
China
Ghana
GRA