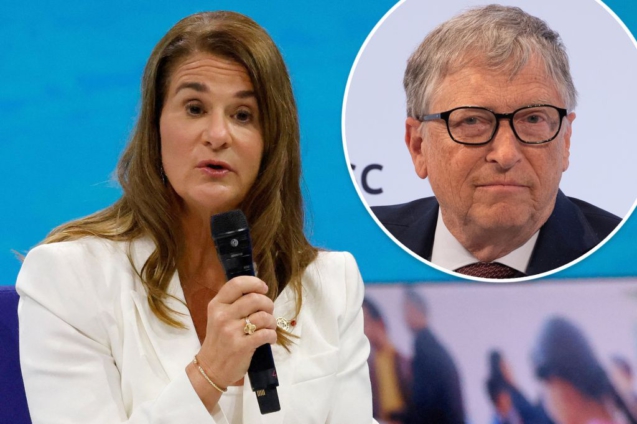 Melinda French Gates says that realizing she needed to divorce Bill Gates after 27 years of marriage and three kids was the “lowest moment” in her life.

The billionaire philanthropist admitted that everyone has “low moments” and she is “not happy every day” in an interview with USA Today published Sunday, adding that divorce wasn’t something she “ever thought would happen” to her.

“It certainly wasn’t what I thought on the day I got married,” she said. “But I realized for myself, I needed to make a healthier choice, and that was just a very, very sad day.”

“After a great deal of thought and a lot of work on our relationship, we have made the decision to end our marriage,” the former couple said in a joint statement at the time.

“We continue to share a belief in that mission and will continue our work together at the foundation, but we no longer believe we can grow together as a couple in this next phase of our lives. We ask for space and privacy for our family as we begin to navigate this new life.”

Their divorce was finalized in August 2021.

French Gates recently revealed how her ex-husband’s friendship with the late convicted sex offender Jeffrey Epstein played a role in her decision to end the marriage.

However, French Gates clarified that was not the only reason for the demise of the marriage, adding that it was “not one thing but many things.”

Gates allegedly had an affair with a Microsoft employee, which the company’s board became aware of in 2019.

“I certainly believe in forgiveness, so I thought we had worked through some of that,” French Gates also told King, 67. “It wasn’t one moment or one specific thing that happened. There just came a point in time where there was enough there where I realized it just wasn’t healthy, and I couldn’t trust what we had.”

The former couple, who started the Bill and Melinda Gates Foundation together, share daughters Jennifer, 25, and Phoebe, 19, and son Rory, 22.

DISCLAIMER: The Views, Comments, Opinions, Contributions and Statements made by Readers and Contributors on this platform do not necessarily represent the views or policy of Multimedia Group Limited.
Tags:
Bill Gates
Divorce
Melinda Gates