Climate change, a threat to food supplies and livelihood of fishermen and farmers 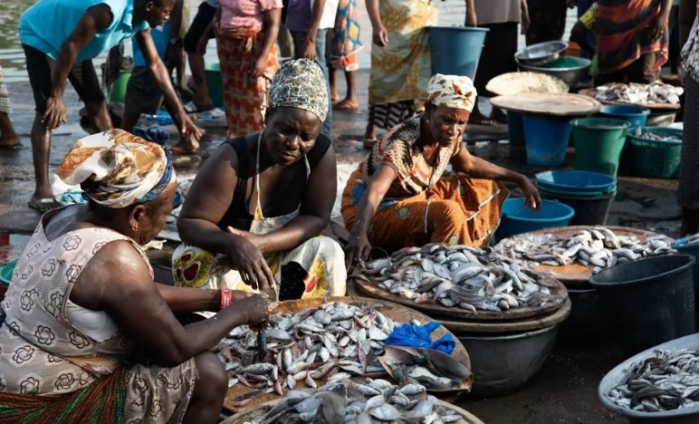 The socio-economic structure of Ghana is impacted in several ways by these.

Ghana has transitioned from a country with a low income to one with a lower middle income, according to the World Bank, and has both fast growth and an energy-hungry economy.

However, it is acknowledged that this advancement is seriously threatened by climate change and the cost of addressing it. There is already proof that climate change is affecting the country’s economy, with obvious signals that the coastal zone, agricultural, and water resources are all being impacted, as well as health and livelihoods, especially for women, leading to an increase in poverty.

It has already begun to have an impact on the country’s economic production and, consequently, Ghana’s long-term development prospects.

Due to its reliance on climate-sensitive industries including agriculture, forestry, and energy generation, the country is especially vulnerable to climate change and fluctuation.

Ghana’s climate is already difficult to predict and, as a result of climate change, the nation can anticipate more violent weather events like heavy rainfall, extreme temperatures, and fierce dry winds.

For instance, flooding poses a clear and immediate risk to social protection, food and agricultural production, transportation, roadways, and energy supply, as well as to human development and welfare. Droughts and the blistering heat pose similar dangers.

In 2021, the floods wiped off 6,880 acres of agriculture in the Upper West Region alone.

6,623 farmers’ livelihoods were impacted in total. Some crops were already suffering because of protracted periods of extremely dry weather conditions before the extraordinary rains arrived.

One farmer as quoted through local news outlets said, “The rains and plains have changed. What’s going on is a mystery to me. It’s becoming harder to stay here.”

Some livestock breeders have also voiced concerns about how climate change may affect raising livestock. The main worries were the proliferation of diseases and pests as well as the lack of water and food.

Due to the prevalence of diseases, excessive rainfall harms the health of animals and the quality of their meat. Newcastle disease is the most prevalent sickness in birds during the rainy season, and even though ducks and guinea fowls are resistant, nearly a whole village can lose their birds, especially fowls and turkeys.

For a cocoa-producing country like Ghana, climate change is affecting the yields made from cocoa.

A monthly report by the International Cocoa Organisation for April 2022 projected that cocoa production for the 2021/22 season may reduce by one-third.

On the back of this, the Chief Executive Officer for the Ghana Cocoa Board, Joseph Boahen Aidoo, said, “Climate change may soon result in a sharp decline in the amount of land suitable for cocoa cultivation. The growth of cocoa may suffer in some areas during longer or more severe dry seasons.”

“On the other hand, increases in rainfall and/or humidity levels in other regions may foster the perfect environment for the spread of pests and illnesses that affect cocoa.”

In the end, he explained that farmers who rely on cocoa money to put food on the table are at risk for poor health and nutrition.

Fisheries in a changing climate

In our oceans and marine life, climate change is having a significant effect. The distribution of fish stocks and their diet is altering as a result of its consequences.

Overfishing is putting stress on fish stocks, which is jeopardising Ghana’s food security and way of life. However, marine ecosystems is suffering far worse from climate change due to shifts in species productivity and distribution.

According to the intergovernmental panel on climate change, more than 90% of the extra heat generated by the earth and the planet’s heating from manmade carbon dioxide are absorbed by the highest part of the ocean, acting as a buffer.

This mechanism has considerably warmed our oceans over the last 20 years, even though it aids in regulating the Earth’s climate system.

Per research put together by Ghanaian independent researcher Muntaka Chasant, the livelihoods and food supplies of millions of people in the world’s poorest regions are now in danger due to ocean warming.

According to his studies, “Between the equator and the Tropic of Cancer, Ghana is located in a tropical region. For the entire year, the sun is virtually straight overhead. Seawater in Ghana becomes more acidic as a result of CO2 buildup. This puts plankton, corals, and other marine life in danger. The formation of phytoplankton is impacted by warming waters, depriving fish of vital nutrition.”

“When fish populations cannot thermally withstand warm waters, they relocate to colder locations. This has an impact on how and where stock is harvested. Fish migration can be advantageous for one area/water and harmful for another.”

At the Jamestown fishing harbour, in the capital of Ghana, the fishermen have been severely impacted by the consequences of climate change, overfishing, and destructive fishing methods, just like other coastal communities.

“We cast our nets with hopes of scooping large amounts of fish but we don’t get any at all,” Nii Ashitey a fisherman at Jamestown narrates.

How do they intend to keep up with the hard-hit economy? How will they live? What will they consume?

Regardless of your perspective, yield and earnings are being impacted by changes in fish quantity and movement, particularly in the tropics.

Finding a just and equitable approach is essential. It must level the playing field.

Given the ambiguity around climate change, any policy must plan for a variety of potential futures and COP27 provides such grounds for dialogue aimed at informing participating countries on which feasible policies could be implemented.

The COP 27 Summit is a turning point to build a world that is richer, greener, and fairer while maintaining the harmony between the social, economic, and environmental needs of all countries on earth, wealthy and poor.

Therefore, it is essential for policy choices to be strong enough to endure a variety of climate change scenarios.

Hard data must support these decisions so that a thorough analysis of the possibilities and successful implementation can take place.

All decisions must be supported by reliable monitoring and reporting mechanisms.

DISCLAIMER: The Views, Comments, Opinions, Contributions and Statements made by Readers and Contributors on this platform do not necessarily represent the views or policy of Multimedia Group Limited.
Tags:
Climate change
Conference of Parties (COP 27)
Farmers
Fishermen
Shortage of food supplies