Constitution Day: Reforming the constitution should be made a national priority - NCCE - MyJoyOnline.com

Constitution Day: Reforming the constitution should be made a national priority – NCCE 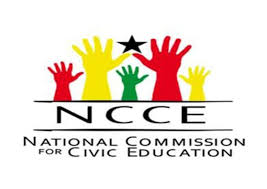 The National Commission for Civic Education (NCCE) has said calls for the reformation of the 1992 Constitution should be made a national priority.

According to the Commission, this will strengthen Ghana’s participatory democracy and sovereignty.

Commemorating Constitution Day today, January 7, the NCCE in a press statement explained that a reformation will “help tackle constitutional deficits and aspects of the 1992 Constitution that seemingly breed apathy from the public, disengages the public in major aspects of governance at the grassroot and national levels, further deepens marginalisation, promotes excessive powers of the Executive and festers the course of corruption.”

The Commission is insistent on the support for a reform since the country’s constitutional framework is anchored on the “cardinal pillars of freedom, justice, probity and accountability, liberty, equality of opportunity and prosperity.”

The statement signed by Chairman Josephine Nkrumah noted that a constitution must be responsive to the evolving needs of its citizenry.

Should Ghana accomplish a basic principle and law that address the concerns of citizens, the NCCE said “this will promote a sense of belonging and ensure the collective ownership and participation of every citizen from the grassroot to the national level in our democratic journey.”

Meanwhile, the National Commission for Civic Education has urged Ghanaians to celebrate the Fourth Republican 1992 Constitution and study the fundamental law as a guide to civic rights and responsibilities.

“Today, 7th of January dubbed “Constitution Day”, since its inception in 2019 has been set aside to commemorate the birth of the 1992 Constitution which ushered in the Fourth Republic. Indeed, having uninterrupted Constitutional rule for twenty-nine (29) years is a milestone that we must celebrate as Ghanaians recalling our chequered political history and the overthrow of three previous Republican Constitutions, which were truncated by military interventions.

“Consequently, on  this day, the NCCE reminds Ghanaians of our collective commitment to uphold and defend the 1992 Constitution against interference and interruptions.”

This, the Commission said is because “article 3(4) of the 1992 Constitution reminds us that every citizen of Ghana has a duty to defend the Constitution, must stand in defense against any person, group or issue that threatens the very fabric of our democracy, and must reject oppressor’s rule in any form or anything that seeks to disturb the peace and stability we enjoy.”

In conclusion, the NCCE noted that the Forth Republic has fostered “peace, democracy and prosperity.”

“The NCCE wishes all Ghanaians a happy Constitution Day. Long Live Ghana! Long Live the 1992 Constitution!! God Bless Our Homeland Ghana and Make Our Nation Great and Strong!!!” it added.