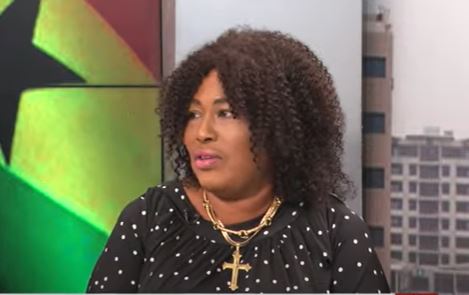 Nana Yaa Akyempim Jantuah says she does not receive salary for her role as General Secretary, therefore, the Committee’s decision is null and void.

Speaking on JoyNews’ AM Show on April 26, she said: “You interdict somebody who is on salary. I’m not on salary. I do my own work to get my own money to look after myself.

The party doesn’t pay anyone. If you talk about interdiction, it is about somebody who is paid. And if the person is paid, you give him or her half salary when interdicted.”

Speaking at a press briefing at the headquarters of CPP, the Communication Director of the party, Sylvester Sarpong Soprano, confirmed the interdiction of two other national leaders of the CPP.

They are the 1st Vice Chairman, Onzy Nkrumah and the National Youth Organizer, Osei Kofi Acquah.

According to the Central Committee, the actions and inactions of the trio contravenes the party’s Constitution and defeats the terms of reference as dictated by the Court.

But interacting with host, Benjamin Akakpo on Tuesday, Nana Yaa Akyempim Jantuah, noted that it is unfair three executives have been interdicted when eight executives agreed a settlement document taken to court be overturned.

“Eight of us said the settlement has to be overturned because the grassroots, regional Chairman, those who didn’t even hear about it at our last meeting were angry.

We had one mind. Being the General Secretary, I’d definitely sign whichever document which says we are doing this on behalf of all eight of us. How come only three were taken out and interdicted?” she quizzed.

DISCLAIMER: The Views, Comments, Opinions, Contributions and Statements made by Readers and Contributors on this platform do not necessarily represent the views or policy of Multimedia Group Limited.
Tags:
CPP
General Secretary
Nana Yaa Akyempim Jantuah