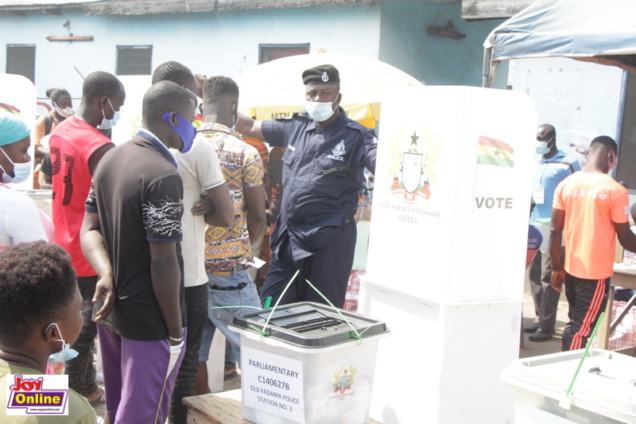 Some Civil Society Organisations (CSOs) have asked political parties disputing the outcome of the December 7 polls to resort to legitimate means in their bid to contest the results.

In a statement signed by 16 CSOs in the country, they urged political parties to provide relevant documents to support their claims of electoral malfeasance.

“We have taken note of matters arising after the declaration of the election results by the EC and hereby urge that any disagreements with the outcome as declared and gazetted should be resolved using laid down procedures outlined by law,” the document read.

This comes after President Akufo-Addo was declared the winner of the 2020 December 7 polls.

The National Democratic Congress (NDC) has opposed the outcome of the elections with claims that the Electoral Commission (EC) liaised with the ruling NPP government to overturn the true results of the just-ended polls.

The party, however, is yet to provide relevant documents to back their allegations.

These CSOs have joined several voices calling on the NDC to seek redress using the appropriate quarters backed with concrete evidence.

They also encouraged political parties to tell their members to refrain from all acts of violence and follow the laid down procedures provided to challenge election results.

The groups further recommended that the Security Services immediately launch investigations into all reported crimes during the electoral process.

We “remind the leaders of the two (2) major political parties to respect and fulfill the pledges they signed in the Presidential Election Peace Pact, which includes not just a commitment to promoting peaceful elections but also a pledge to resort to judicial resolutions to address all election disputes.”

“And in particular prosecute perpetrators involved in the recorded pockets of violence which have led to various injuries and deaths,” they said.

Furthermore, they proposed that key stakeholders of the electoral process should be convened by the EC to brainstorm and find permanent solutions to the errors that emerged during the elections.

They finally advised that existing electoral laws, policies and procedures with agreed recommendations should be updated to prevent a future re-occurrence of such challenges.