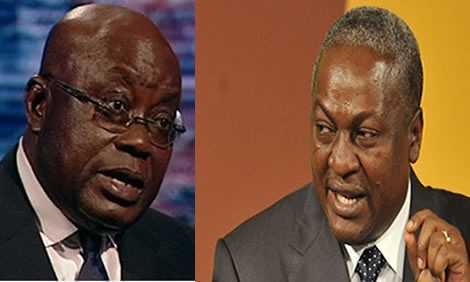 Former President John Dramani Mahama has called on President Akufo-Addo to direct an immediate de-escalation of the current situation at Ejura in the Ashanti Region.

The statesman’s request comes after the death of two residents and four others injured during a clash between the military and angry protestors on Tuesday, June 29.

“I add my voice to calls for calm following the shooting to death of two persons and the injury to many in Ejura today, following the murder of youth activist Ibrahim ‘Kaaka’ Mohammed. I have just seen a video of the firing of live ammunition into a crowd by persons wearing military attire, after the burial of the murdered youth activist.

Peeved youth of Ejura hit the street to demand justice and accountability for the murder of social activist, who was attacked by two unknown assailants in front of his residence over the weekend.

The protest, however, turned into a confrontation as the military fired warning shots and subsequently, started shooting at the crowd. As a result, lives were lost with four injured.

Following the tension within the locality, former President Mahama has urged for calm while demanding thorough investigations into the death of Kaaka and the other two victims; Abdul Nasir Yussif, 25, and Muntala Mohammed, 26.

“There must be a very thorough investigation of both the murder of the youth activist and the security rules of engagement, which resulted in the shooting to death of the two others,” the former President’s website communicated.

Mr Mahama further expressed his commiseration with the bereaved families and township.

“My thoughts and prayers are with the families of the victims and the Ejura community,” he concluded.

On the other hand, the Ashanti Regional Police Command has indicated that it has commenced investigations into the death of the three individuals and injuries sustained by four others.