Dogboe admits Avalos was a warm up as he aims for world title shot - MyJoyOnline.com 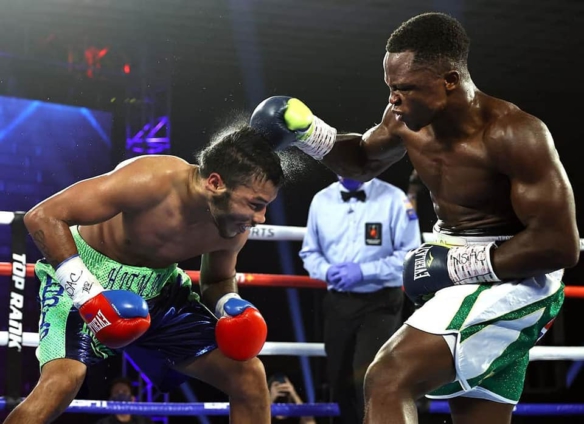 Isaac Dogboe has admitted that his fight against Chris Avalos was a warm-up as he aims to become a two-time world champion.

Dogboe was tipped to beat Avalos and he delivered convincingly by stopping the American in the final round of their eight-round featherweight contest.

Avalos who had failed in two previous attempts to become world champion went into this fight having lost five of his last eight fights.

Dogboe who closed the fight with a four-punch flurry and a sweeping right said he was happy to return to the ring after fourteen months and viewed the fight as a tune-up as he aims to become a world champion for the second time.

“Its been a tough fourteen months but God has been with me every step of the way. It’s been a tremendous road but finally, we’re coming back, we’re still warming up.”

Isaac Dogboe lost his WBO Super Bantamweight title to Emmanuel Navarrete and lost again in the rematch in May 2019.