DOL: Inter Allies yet to find their feet, Liberty fights on for GPL return 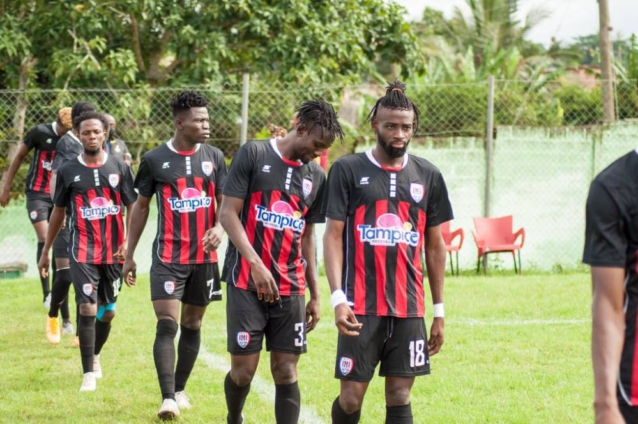 After suffering relegation to Zone 3 of Ghana’s Division One League last season, Liberty Professionals and Inter Allies were expected to be the front-runners for an immediate return to the Ghana Premier League.

However, life in the second-tier has not been a piece of cake for them, as was expected – especially Inter Allies.

The Tema-based club, at the end of the first round of games in the Division One League, find themselves in the second half of the table.

Inter Allies won just four of their first 15 games, losing five and drawing six, leaving them in the 11th position.

Liberty, on the other hand, have put behind them a poor start to the campaign and currently lie in third, winning eight of their 15 games.

The Scientific Soccer Lads are just a point behind the leaders and with 15 games still to play, could they take the opportunity to give their GPL return a shot in the leg?

Former Ghana Premier League side Tema Youth are also looking to return after narrowly missing out last season, but they have to work harder to go top of the table, which is currently occupied by Kotoku Royals with 30 points.

DISCLAIMER: The Views, Comments, Opinions, Contributions and Statements made by Readers and Contributors on this platform do not necessarily represent the views or policy of Multimedia Group Limited.
Tags:
Division One League
Inter Allies
Liberty professionals