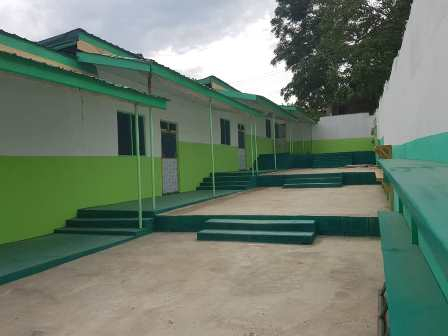 Dreams FC commissioned a new club house at a short ceremony held at Dawu in the Eastern Region on Saturday.

Located close to the home ground of the team, the Theatre of Dreams, the club house can boast of modern facilities such as residential, conference room and stores among others.

This move by the club forms part of efforts by management to improve the residential situation of the players.

Speaking at the event, Executive Chairman of the club, Kurt E S Okraku noted that both teams will now hold their training sessions in Dawu instead of their previous location at Ashaley Botwe.

He hinted that the commissioning of the club house will be followed with the anniversary dinner which will be held in June.