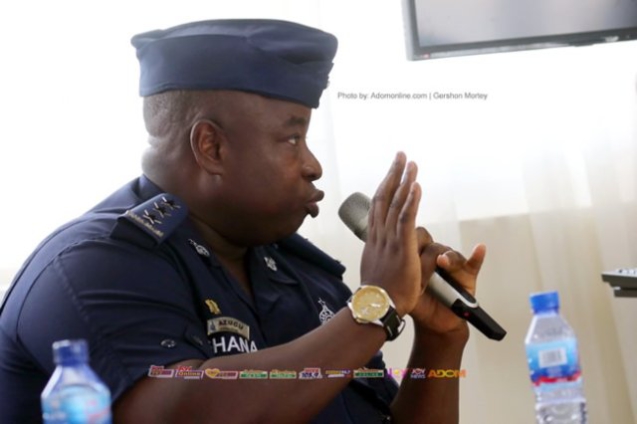 Interior Minister, Ambrose Derry has revealed that the Deputy Superintendent of Police (DSP) Samuel Kojo Azugu has been transferred from the National Security Ministry.

Speaking on the floor of Parliament, Thursday, he stated that DSP Azugu has been moved to the National Operation Headquarters of the Ghana Police Service as of May 27 2021.

When asked about the reason for Azugu’s transfer, Mr Derry told Parliament that “I am not in a position to answer that question” if DSP Samuel Azugu was removed from the National Security Ministry because of the recent assault on a Citi FM journalist or the recommendations of the Emile Short Commission.

DSP Azugu was thrust into the limelight following his appearance at the Emile Short Commission hearing owing to his involvement in the Ayawaso West Wuogon bye-election violence in 2019.

The Emile Short Commission issued a report recommending, among other things, that DSP Azugu be reassigned to the Ghana Police Service, his mother organisation.

Two years down the line, DSP Azugu came under public scrutiny after the alleged assault on Citi FM’s journalist, Caleb Kudah, by National Security operatives under his instructions.

The general public, appalled by how the National Security handled the whole situation, demanded the dismissal of the operatives involved, especially DSP Azugu.

DISCLAIMER: The Views, Comments, Opinions, Contributions and Statements made by Readers and Contributors on this platform do not necessarily represent the views or policy of Multimedia Group Limited.
Tags:
Ambrose Dery
DSP Azugu
Ghana Police Service
National Security Operatives