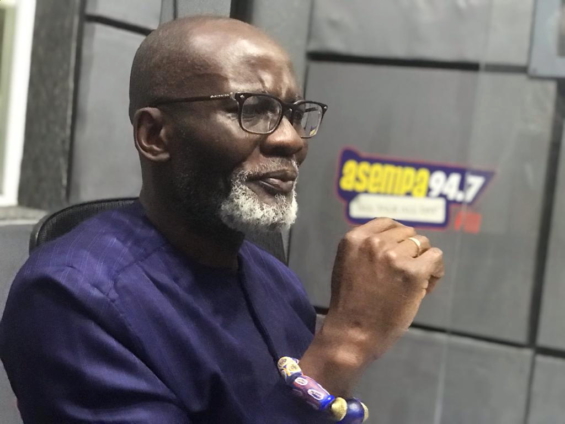 A leading member of the New Patriotic Party (NPP), has defended the government’s decision to implement the Electronic Transactions Levy (e-levy).

Gabby Otchere-Darko said, although the tax policy is not living up to its intended expectation, it is not a bad tax.

According to him, Ghanaians are just apprehensive about the payment of taxes.

“If the e-levy is so far not bringing in the estimated revenues, it does not mean it is a bad tax. It means Ghanaians simply do not want to pay taxes,” he said in a tweet on Monday, June 27.

He had earlier revealed that the e-levy has generated less than ¢60 million, close to two months after its implementation.

If the e-levy is so far not bringing in the estimated revenues, it does not mean it is a bad tax. It means Ghanaians simply do not want to pay taxes. @@

“What options are open to the government? The question should rather be: what option, if adopted, will re-inject investor confidence in our economy? Even if we find the $3-5 billion required, will that help? E-levy which was to have given us some 600m by now has done less than 60m,” he said in a tweet on Monday, June 27.

Meanwhile, the Chairman of Parliament’s Finance Committee, Kwaku Kwarteng, has said should the government assess that the e-levy is not a helpful policy, it will be withdrawn.

He, however, stated that it is too early to make a determination as to whether a major policy like the e-levy has failed or not.

“In fact, there is a sense in which the implementation has not fully even began and I say that because the e-levy is supposed to be collected on an electronic platform so that if you’re paying a 100 cedis by your momo, if you try to pay the next 100 through your bank account, the system would know that you have already exhausted your threshold. That platform has not come into effect yet.

“Because it hasn’t come into effect, real time monitoring is not possible. So even the figures we are seeing, I’m not sure we have collected from all the collecting agencies. What GRA is trying to do whilst they now seek to complete the building of the platform is to let the collecting agencies to declare. When they declare, I doubt if the GRA has even had the opportunity to audit. Then they will now take steps to audit. All that hasn’t happened,” he said in an interview on JoyNews on Monday, June 27.