Economy yet to fully recover from Covid-19 despite 5.4% growth – Baah-Boateng - MyJoyOnline.com

Economy yet to fully recover from Covid-19 despite 5.4% growth – Baah-Boateng 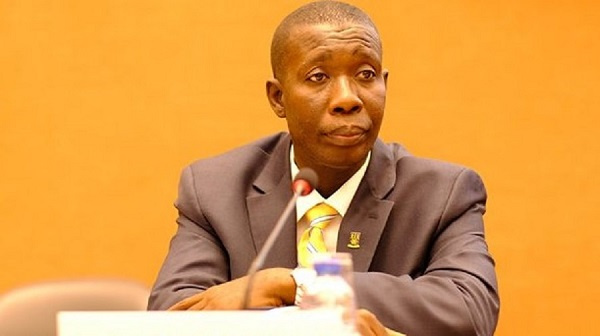 An economist, Professor William Baah-Boateng says the economy is yet to fully recover from the havoc caused by the COVID-19 pandemic, despite the 5.4% growth recorded last year.

According to him, some areas must still improve to help build the necessary shock absorbers.

He disclosed this when he appeared on PM Express Business Edition to discuss “labour agitations and the economy.”

Professor Baah-Boateng argued that despite the strong growth numbers, Ghana’s exposure to Russia’s invasion of Ukraine could affect the gains the country has made so far.

According to him, the recovery will be fully achieved in the next two years.

The 2021 Gross Domestic Product (GDP) estimates indicated that the economy grew by 5.4%, but 5.9% with respect to non-oil.

This was fueled by the strong growth of the Information and Communication, Water and Sewage, and Hotel and Restaurants.

But Prof Baah-Boateng said the economy is still recovering.

“The recovery can be described as 60%, adding, there is still some more work to be complete”.

Revenue and the Economy

Professor Baah-Boateng also maintained that a lot more needs to be done by the government to help improve the situation.

But the Head of Economics Department at the University of Ghana argued that the Ghana Revenue Authority may also have to review its approach to tax collections to help achieve the said target.

He added that “it’s unfortunate that everything has been about the E-Levy.”

Professor Baah-Boateng expressed worry with the approach adopted by the government with regard to the E-Levy.

He maintained that government should have rather considered tax on the charges by the telecom firms on  mobile money transfers, adding “it  would have taken  the burden a lot of individuals”.

“If MTN for instance is making ₵1 billion on the charges then 1% should have been placed on that rather.”

Professor Baah- Boateng also expressed worry about the impact of E-levy on the digitalisation agenda of the government.