Election 2020 will be won with records, not violence – Bawumia 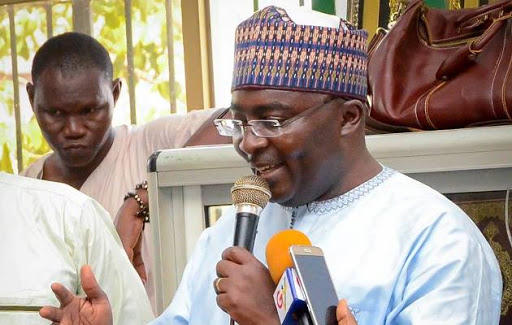 The Vice President of Ghana has urged members of the governing New Patriotic Party (NPP) and political parties to be wary of their utterances to help observe a violent free election.

Dr Mahamudu Bawumia said going into the 2020 election, the party would campaign based on its records and what they could do better for Ghanaians.

“We should make sure that how we speak and what we say to the public brings about peace and understanding, we want a very free fair and violence-free election,” he told Winston Amoah, host of the Super Morning Show on Joy FM, Monday.

He stated that the NPP won the election in 2016 when it was in opposition and they have had the opportunity to govern, so they would use their four-year performance to win the next election.

“We have arrested the depreciation of the cedi, brought down inflation, we have brought down the interest rate, we have increased growth, reduced unemployment, reduced the suffering of the people in terms of paying for electricity and created many jobs,” he stated.

You are watching the Super Morning Show with Winston Amoah.

Dr Bawumia said that he is proud of President Akufo-Addo’s leadership which has led to many of these achievements.

The Vice President stated that he is happy government has been able to manage the economy better even in the face of Covid-19.

“We are very happy and we are willing to fight on the record of what we have achieved across the board.

“That is what the election should be – fought on the record – what you have been able to do and plan to do. If we all focus on that, there should be no acrimony and allow the EC to do its work,” he added.

DISCLAIMER: The Views, Comments, Opinions, Contributions and Statements made by Readers and Contributors on this platform do not necessarily represent the views or policy of Multimedia Group Limited.
Tags:
2020 Elections
Dr Mahamudu Bawumia
NDC
NPP