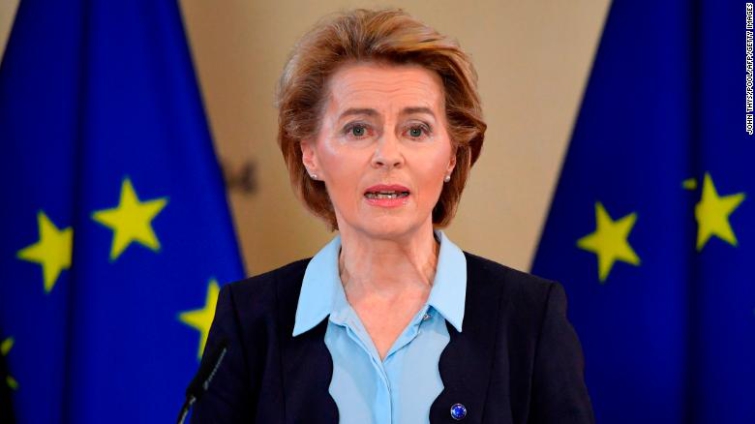 The European Union has launched legal proceedings against the UK after it failed to withdraw legislation that would breach the Brexit deal both sides signed last year and break international law.

The announcement comes after weeks of controversy since Boris Johnson’s government revealed its plans to put in place legislation that would override a specific part of the Withdrawal Agreement called the Northern Ireland Protocol.

Speaking in Brussels, Ursula von Der Leyen, President of the EU Commission, said that the EU had invited the UK to “remove the problematic parts of their draft internal market bill by the end of September.”

She said that the draft bill is “by its very nature a breach of the obligation of good faith laid down in the Withdrawal Agreement,” adding that “it will be in full contradiction” of the Northern Ireland Protocol.

Since the UK government has not pulled this legislation, the Commission has written a letter of formal notice to the UK government, the first step in an infringement procedure — something the EU commonly uses when parties breach agreements with the union.

“The letter invites the UK government to send its observations within a month and besides this the Commission will continue to work hard towards full and timely implementation of the Withdrawal Agreement.

We stand by our commitments,” von Der Leyen concluded.

The move, though dramatic, was expected in London. The government had previously admitted that its Internal Market Bill would breach the treaty and break international law in a “very specific and limited way.”

The government claims that the bill is a safety net to ensure seamless trade between the four nations of the United Kingdom in the event of a no deal Brexit at the end of this year and hopes it won’t have to use the legislation.

The backdrop to all of this is that trade talks between London and Brussels are entering their final phase.

The last formal round of talks are talking place right now and an EU summit will take place on October 15, where negotiators hope a deal will be on the table for EU leaders to approve.

Both sides say a deal is in sight, but are struggling to reach an agreement on some key issues, most notably around the UK’s ability to use state aid in order to prop up British businesses.

The EU says this could give British companies an unfair advantage over EU companies. There are also disputes over fishing rights and governance.

While both sides are talking up their readiness for no deal and pointing the finger one at one another, there is also a broad acknowledgement that the recent drama could be part of deliberate theater as the talks reach their climax.

If there is to be a deal, both sides will need to make it appear as though they have held a hard line and forced a concession from the other.

The UK has a month to respond to the EU’s letter, which means a deal could be struck in the meantime.

The danger is, as talks have intensified, increasingly few people know what either side is sincerely willing to concede on. Which means that the current posturing is a gamble: it could move the dial in one side’s favor, but it could also tank talks and lead to no deal by default.