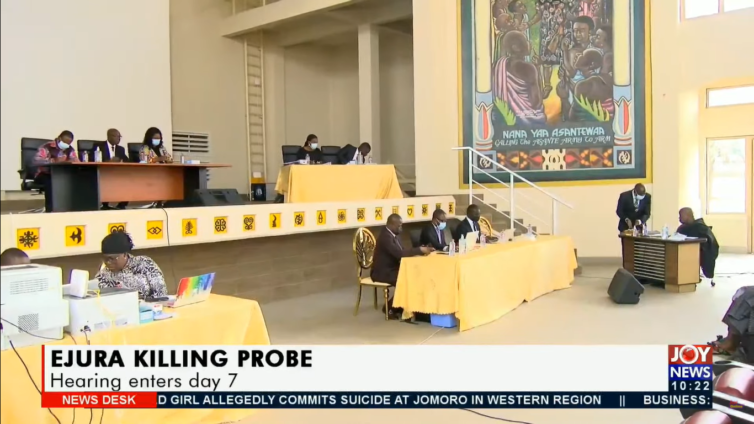 Families of the late Abdul-Nasir Yussif and Murtala Mohammed, who were shot dead during the Ejura incident, want the government to make the report by the Justice Koomson Committee of Inquiry into the Ejura incidents public.

According to them, the content of the report will help them appreciate what transpired during the committee’s sitting.

Speaking to JoyNews, the families stated that they want official details.

“I only saw and heard from the media houses that, they have come out with the report with some recommendations. One of the recommendations was they should sack the MCE,” Abdulah Abubakar, the family head of the late Abdul-Nasir Yussif said.

He, however, stated that he doubts the Committee’s report would be fair.

Regardless, Mr Abubakar wants justice served and the murder of the two young men solved.

Meanwhile, Mohammed Awal Misbawu who got injured during the incident is in clutches.

The 16-year-old was given clutches after his right leg was amputated as a result of the gunshot injury he sustained.

His mother Salamtu Mohammed told JoyNews that “today, Awal is physically challenged. We have spent over ¢40,000 paying his medical bills. We also pay ¢100 every two days for his treatment.”

She stated that it is essential government ensures the committee’s report is made public.

“We heard nothing about the committee’s report. The President should take a look at that. We don’t know what the committee did. They should tell the world what they did,” Madam Salamatu added.

The Dagomba Chief of Ejura and grandfather of Murtala Mohammed, Alhaji Umar Alhassan, also supported the call for the report to be made public.

The Justice Koomson Committee of Inquiry set up to investigate the Ejura incidents submitted its report to the Interior Minister weeks ago.

But the details of the report and recommendations are yet to be made public.